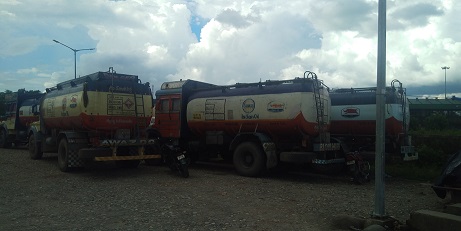 Manipur police have made a major seizure of smuggled fuel in Churachandpur district.

The police on Wednesday seized a truckload of fuel smuggled from Myanmar and arrested three suspected smugglers travelling in the truck.

The operation was launched following intelligence inputs that the three had smuggled the fuel from Myanmar on April 12, and were heading towards Churachandpur.

“The seized items from the Shaktiman vehicle include 15 barrels of petrol and two barrels of diesel,” an official release said.

“The apprehended persons have been kept at the Bijang government quarantine centre as per the procedure,” it added.

A case has been registered under the Essential Commodities Act and the Disaster Management Act and further investigation is on, the release stated.