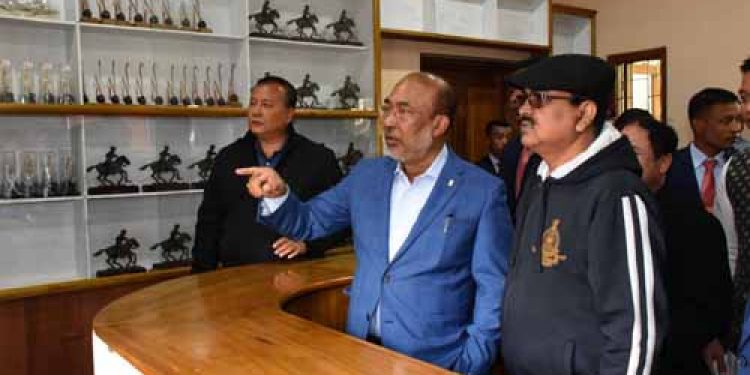 The 10-day Manipur Sangai Festival is about to commence in Manipur this evening.

Speaking to reporters, N Biren said that the State Government is planning to arrange a meeting between Titular King of Manipur Leishemba Sanajaoba and the Princess of Thailand Maha Chakri Sirindhorn by organizing a suitable ceremony during the latter’s visit to Manipur on November 27.

The Princess is visiting the State to grace this year’s Manipur Sangai Festival.

He said that his inspection of Kangla Fort was specifically conducted in connection with the Princess’ visit as the Chief Minister’s Office had been intimated about her desire to have glimpses of historical items and structures concerning monarchical period of Manipur.

Responding to a query regarding development of Kangla Fort, he said that there are many new beautification and development works going on inside the fort that would take some more time.

Regarding suspension of Light and Sound show, he added that the Kangla Fort Board is trying to find out a proper means to allow entry of crowd at night.

Earlier Chief Minister also flagged off Sangai Run at Khuman Lampak Sports Complex in Imphal East District. The 20-km run was organized by Oorep Sports under the aegis of the State Tourism Department as part of Festival.