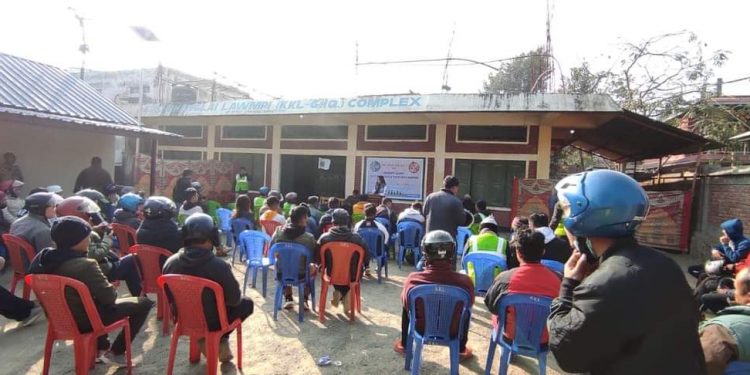 The Kuki Khanglai Lawmpi, an NGO in association with the  district administration  of Churachandpur have organized a bike rally and sensitization camp against poppy cultivation at Tuibuong in the district.

The bike rally was organized in support of the Manipur government’s campaign on war against drugs in the state.

Several people participated in the rally and urged farmers to give up the cultivation of poppy in the state.

Many farmers in Manipur illegally cultivate poppy primarily because of it being profitable.

Most of them also have connections with people involved in cross-border smuggling of the crop.

In fact, many civilians have joined hands with the government to fight the drug menace.

Residents of the Peh (Paoyi) village in Ukhrul district had recently destroyed large areas of poppy cultivation because of which the Manipur chief minister N Biren Singh awarded them with a cash prize of Rs 10 lakhs.

Moreover,  143 NGOs located in different hill districts recently met the chief minister in Imphal and pledged to destroy the poppy cultivation in their local areas as a part of their war against drugs.