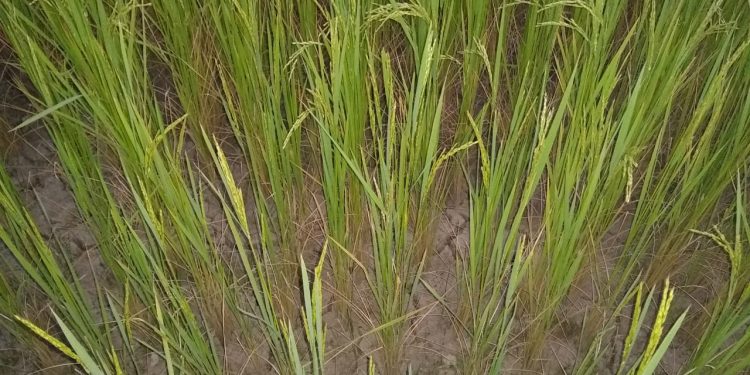 Manipur has received 50 per cent deficit rainfall as compared to previous year during January-April this year.

“Manipur receives an average annual rainfall of around 1,400 mm. But in the last four months this year, the state is receiving only about 50 percent of the rainfall,” VC Singh said.

While speaking at the farmers’ awareness programme on agrometeorologial advisory services under ‘Gramin krishi mausam seva’ at Indian Council of Agricultural Research (ICAR), Manipur centre here on Friday, Singh expressed the need to collect rainfall data at all Krishi Vigyan Kendras (KVK) in the districts.

He also expressed the need to upgrade the existing agrometeorologial advisory services in Manipur particularly the regular weather forecast to the farmers to maintain and improve the agricultural practices in the state.

“So time has come to go with like minded organizations for the better farming activities,” he said.

Objecting the idea of converting the fertile agricultural fields into ponds for certain economic advancement, he said there are chances of creating (food) crisis after some time if we do so.

Though he suggested providing advisory services through mobile phones, he did not elaborate on the development of the services division in CAU, which ranked 13 best agri-varsities among the country’s 74.

Responding to VC’s call, Joint Director I Meghachandra of ICAR, Manipur centre said that their centre is coordinating most of the KVKs providing available weather data through mobile phones.

Appealing to make check dams and conserved water besides protecting forest in highlands, Meghachandra, however, observed that double cropping becomes easier these days due to changing climate even though climate variability disturbs.

On the other hand highlighting the importance of having adequate rainfall data of the districts for maintaining a crop calendar, Director Instruction (CAU) S Basanta Singh said the gathering that pest which are previously found was first spotted in the vegetables in Mizoram in the recent past due to changing climate and rainfall pattern.