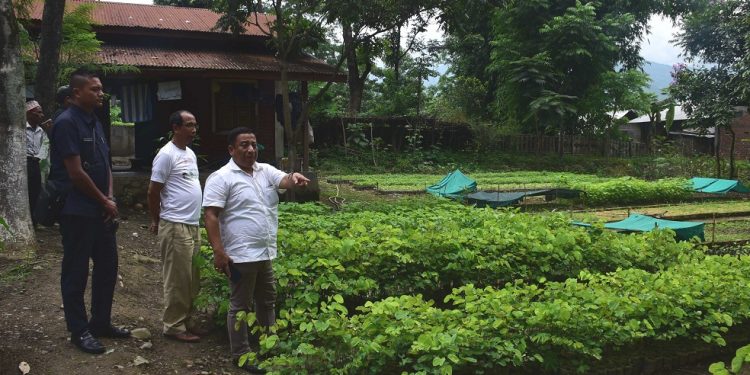 Manipur horticulture and soil conservation minister Thounaojam Shyamkumar on Monday appealed to the people of the village to support in the environment conservation.

Minister Shyamkumar who also holds forest portfolio made the appeal while inaugurating a rural market shed constructed under the Mission for Integrated Development of Horticulture (MIDH) scheme under the aegis of Horticulture and Soil Conservation Department at Biisho Koide village in Senapati district bordering Nagaland.

The rural market shed is constructed with the cost of Rs 13.75 lakhs, according to a DIPR Manipur report.

Assuring that within a short period of time, a plantation drive will be taken up with the consultation with the Divisional Forest Officer (DFO) of the area for beautification of the area as well to conserve the environment, he called upon the people of Koide, Purul and the surrounding areas to come forward and participate in the plantation drive.

Responding to demands of the villagers in their memorandum, he assured for construction of a football playground and public urinal in short period of time. Regarding the construction of the community hall, he said the matter will be appraised to the chief minister and the concerned minister.