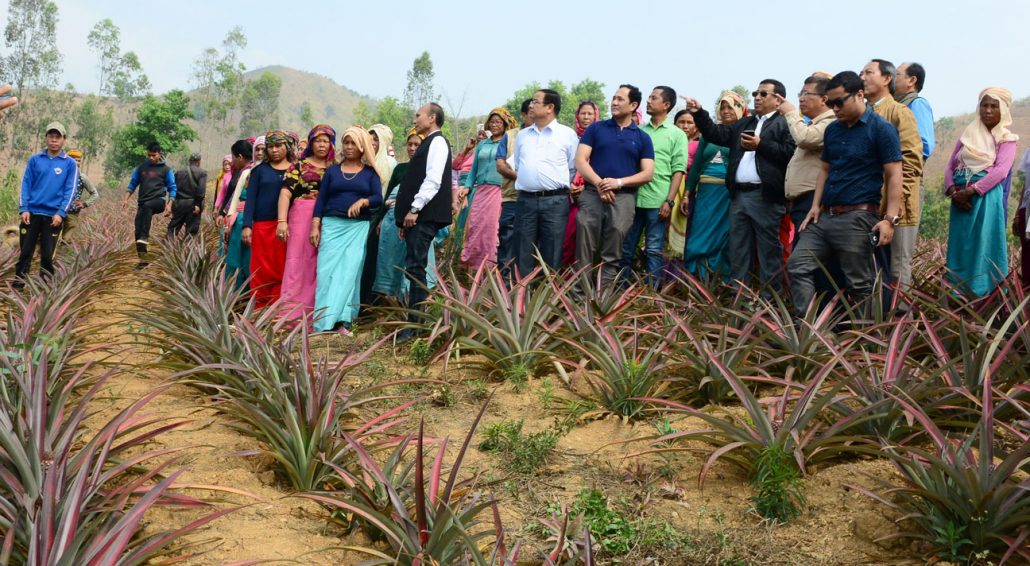 Horticulture and Soil Conservation Minister Thounaojam Shyamkumar during his visit to a farm in Angtha.

He further said the under-construction cold storage at Yairipok Thambalnu Market will be completed in the next two months and said the department is focusing on providing benefits under various schemes to the farmers who really require help from the department.

Shyamkumar also said, earlier, suckers imported from Australia were distributed to the pineapple farmers, which failed due to incompatibility with the soil condition of the State. He said, farmers should focus on repaying loans on time apart from applying for various schemes.

Minister Shyamkumar, who was accompanied by the top officials of Horticulture and Soil Conservation Department, Forest Department, Directorate of Environment and bank officials in the day’s event, also inspected the pineapple farms at the Ngariyan Ching in Angtha which are planted under the various schemes of the department. He was also accompanied by bank officials who educated the farmers regarding various loans.