During the last few decades, river ecosystems in Manipur have been suffering from heavy human intervention, resulting in habitat loss and declined local fish 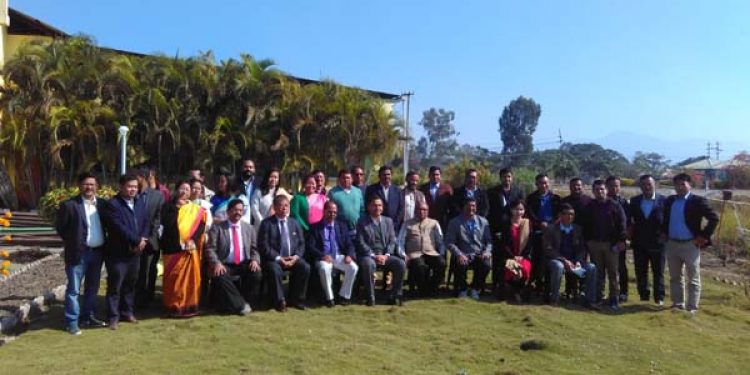 Fish experts said that the intentional and unintentional release or escaping of the exotic fishes from aquarium to the water bodies could have a major impact in the native fish biodiversity in freshwater ecosystem of the region. So the time has come for the concerned authorities to take up necessary regulatory systems, they felt.

The concern of the fish experts came to light during a daylong National interface meet on ‘Innovative approaches for development of freshwater aquaculture in Manipur’ at Indian Council of Agricultural Research (ICAR) Manipur Centre here on Tuesday.

In the recent past there were reports of aquarium fish of foreign origin escaping to the river in the state, Prof W Vishwanath of Manipur University’s Life science department claimed. There are also reports of escaping aquarium fishes to Ganga (river) and south India. “So we’ve to be very careful,” he said.

Expressing the need to encourage fish production based on native species, he appealed to explore the hill streams of the state for cold water fishes.

During the last few decades, river ecosystems in Manipur have been suffering from heavy human intervention, resulting in habitat loss and declined fishery of local fish species.

Introduction of the exotic carps in the Loktak-the largest freshwater lake in Northeast, in the sixties, created competition with the local fishes and subsequently the population of the local fishes including the state fish Pengba  has drastically reduced.

Meanwhile sharing his view during the inaugural function of the interface meet, Additional Chief Secretary (Fishery) MH Khan of Government of Manipur informed the gathering that the state fisheries department is preparing a roadmap to produce self-sufficiency fish for the state’s population by 2020.

Stating that the roadmap will be finalized within a day or two, he appealed to the scientists of different government institutes to share their inputs for the successful implementation of initiative.

Sharing a similar sentiment, Director Bidyarani Ayekpam of the Fisheries department participating in the inaugural session said that the department is trying to focus on various aspects including the skill training programs of the fish farmers etc.

Manipur is currently using only about 10 percent of the water bodies out of existing more than 50,000 hectares including five reservoirs. As a result the production of fishes in the state couldn’t meet its annual demand of around 52,000 metric tonnes. So the state buys around 20,000 metric tonnes every year from others states of the country.

Senior scientist Dr Ch Basuda of ICAR Manipur centre suggested for fish based integrated farming as state has large area of hills and introduction of credit and insurance coverage for aquaculture besides providing quality seeds and identifying and designing the water bodies etc for effective implementation of the fishery projects in the state.