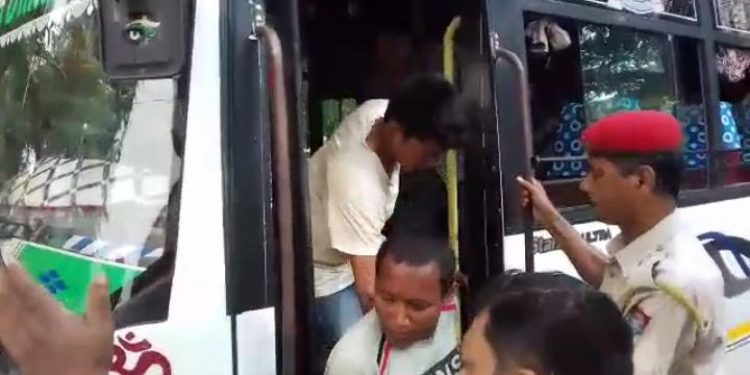 The Nagaon District & Sessions Court on Saturday framed murder charges against all the 47 arrested accused in the Karbi Anglong lynching case.

The Nagaon District & Sessions Court judge framed charges under section 302 (murder) read with section 149 (offence committed by member of unlawful assembly) of IPC against all the 47 arrested accused.

All the 47 arrested accused were produced in the court when the charges were framed against them.

Two Guwahati youths—Nilotpal Das, a sound engineer and Abhijeet Nath, a young businessman—were lynched by a mob at Panjuri under Dokmoka police station in Karbi Anglong district on June 8 on suspicion of being child lifter.

The trial of the case was shifted to Nagaon District & Sessions Court following an order of the Gauhati High Court.

The court listed the matter for next hearing on Jan 5 when it is expected to record statements of witnesses.

The fathers of Nilotpal and Abhijit said that they have full faith on judiciary and expressed hope that they will get justice.

“We have full faith on court.  We hope the court will give fair judgement and culprit will get strict punishment,” Nilotpal’s father Gopal Ch Das told reporters.