Insurgency will be dealt with iron hand, asserts Assam CM 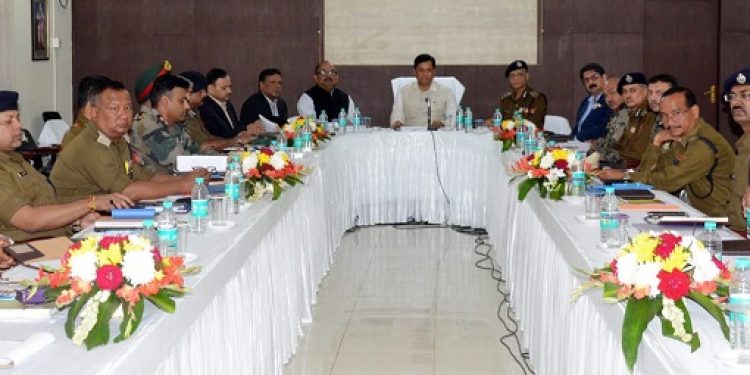 State Director General of Police (DGP) Kuladhar Saikia briefed the Chief Minister about the prevailing law and order situation of the State. The meeting lasted for three-and-half hours.

The sudden rise of militancy related incidents in the State has created uproar among the people.

He said that safety and security of the citizens was the topmost priority of the government. Sonowal said that his Government will provide all possible support to the security forces to curb insurgency related problems.

“The people of Assam want peace but the insurgents groups are trying to destabilize peaceful atmosphere of the State. If peace is maintained in the State then only development is possible,” said CM Sonowal.

The Superintendents of Police (SPs) of all nine upper Assam districts were present in the review meeting apart from top brass of the Army and CRPF. Among those present in the meeting were State Chief Secretary Alok Kumar, Additional DGP (Prosecution)-cum-DIG (Eastern Range) RP Meena, Dibrugarh DC Laya Madduri.

In the past one month, there has been a rise in insurgency-related incidents in upper Assam. In the last month, five persons from Bengali Hindu community were gunned down by suspected militants at Dhola in Tinsukia district. Three persons were abducted from different parts of Assam followed by IED blast at Demow in Sivasagar district killing two persons on November 22.