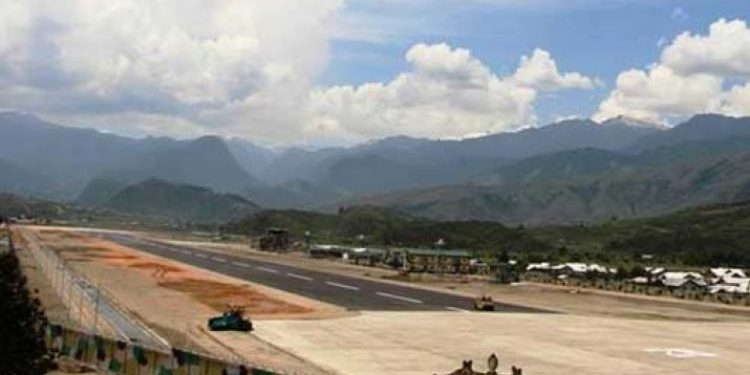 The AOC-in C, Eastern Air Command of  Indian Air Force (IAF) Air Marshal Raghunath Nambiar was of the view that the infrastructural development done by the IAF in the Northeast is one of the best in the country and can boost tourism in the region.

Nambiar said this during a media interaction in Guwahati on Monday.

Nambiar interacted with the media over the proposed visit of President Ram Nath Kovind to present the coveted President’s standard to 118 Helicopter Unit and colours to the Air Defence College at Guwahati Air Force Station on November 29 next.

Detailing on the IAF’s infrastructure development in the region, Nambiar said that the Force has operationalized six Advanced Landing Grounds (ALGs) in Arunachal Pradesh. These facilities will be used by civilians. These ALGs include Mechuka, Tuting, Passighat, Ziro, Aalo and Walong.

“We are yet to operationalize the Vijaynagar ALG, for there is some road connectivity issue. Operationalization of these ALGs will come as a major boost to tourism.”

Regarding the Rafale fighter jets deal, Air Marshal Nambiar said that the image of IAF will not be dented due to the controversy.

He also said the people can differentiate between chaff and grain.

“My fellow citizens can differentiate between chaff and grain. The place of armed forces in India is very sacred,” he said.

Notably, the opposition Congress has challenged Prime Minister Narendra Modi to participate in a debate over the details of the Rafale fighter jets deal signed with the French government.