I will die a Congressman, says Mizoram CM Lal Thanhawla

We will get a comfortable majority; we will not only be able to retain 34 seats but it may go up to 37 this time: Lal Thanhawla 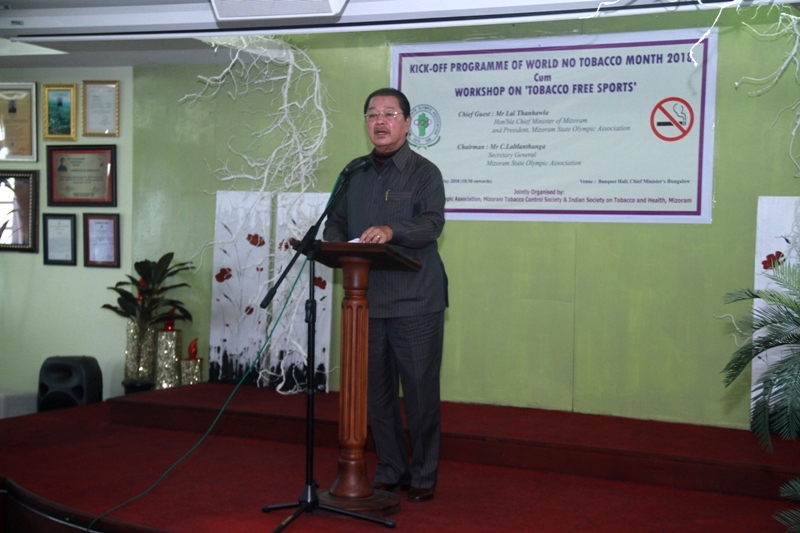 Five-time Mizoram Chief Minister Lal Thanhawla has faced a tough time to get re-elected this Assembly polls sceduled to be held on November 28, 2018.

In an interview with The Wire published on Thursday, the president of the Mizoram Pradesh Congress Committee, Lal Thanhawla, downplayed the role of the Bharatiya Janata Party (BJP) in the forthcoming State Assembly polls in Mizoram.

During the interview Lal Thanhawla said he was confident that the saffron party wouldn’t be able to win the State Assembly election in Mizoram, the last bastion of the Congress in the Northeast.

The veteran Congress leader also stated: “But the question is, how many candidates can they purchase to be a part of a government after the results are out, I don’t know”.

In the reply to the question over the prospect of his party getting re-elected at a time when the opposition parties claiming that there is a strong anti-incumbency against the Congress Government, Lal Thanhawla said:  “We are very well placed as far as these elections are concerned. We will get a comfortable majority; we will not only be able to retain 34 seats but it may go up to 37 this time.”

On the question that both the BJP state president and the North East Democratic Alliance (NEDA) convenor Himanta Biswa Sarma said early this week that he had “approached BJP leader Rajnath Singh in 2017 to move over to the BJP”, the veteran Congress leader said: “That I approached Rajnath Singh was news to me, farthest from the truth. This is only to create confusion among voters, create doubt in the last minute. I have been a Congressman all my life and I will die a Congressman.”

Regarding the main opposition MNF raising the issue against the Congress Government over its decision to lift the ban on alcohol sale and consumption in the State in 2014 for which the Church seems to be angry, the Mizoram CM stated: “I imposed prohibition in February 1997 only at the behest of the Church.” But he asserted that “it was a miserable failure because the Church never helped my government at all in making it a success”.

He added: “The ban on sale and consumption of alcohol didn’t help create an alcohol-free society. It only led to the creation of a thriving black market. Any foreign liquor that would cost Rs 300-400 elsewhere would be sold here for 1000-1500 rupees. It became a flourishing business.”

On the problem of massive drug abuse in Mizoram, Lal Thanhawla said: “We have been trying to address the issue, offering rehabilitation to the abusers, but it is not easy for only a state government to tackle it; it is an international issue. The drug flow into Mizoram is because of the golden triangle. Neighbouring Myanmar is the centre of the menace and Mizoram is being used to take it to other parts of India. All the neighbouring states are disturbed states; my state is peaceful. So it has become the conduit. This drug menace of Mizoram is a global issue.”

Regarding the allegation that though its new land use policy, implemented in 2011, the Congress Government has been only “helping only the Congress supporters”, Lal Thanhawla said: “My government returned to power in 2013 because of the success of the policy. The opposition parties know how successful it is on the ground; that the Congress is strong in the state only because of NLUP and they have nothing to counter it. It has so far helped 1.68 lakh families to become economically independent.”