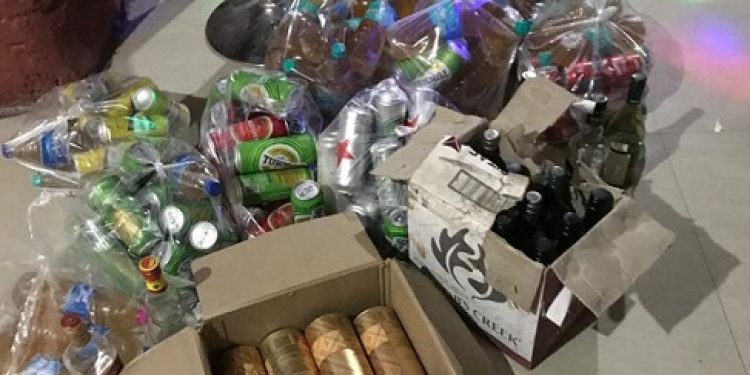 Following the direction of Capital Complex Deputy Commissioner Prince Dhawan, a district administration team led by Circle Officer Neelam Teji and the officers from the Department of Tax and Excise carried out a surprise checks at the bars and restaurants of the township here.

During the course of checking, the team sealed Ananiya Hotel at Papu Nallah near here that was running without licence and was also selling Indian-made foreign liquor (IMFL) illegally. All the IMFLs were also seized.

DC Dhawan has time and again stressed that the administration has zero tolerance against such violators and action would be taken against the defaulters as per the relevant sections of law.

He informed that the drive will continue in the day to come and sought the cooperation of the public for the same.

CO Teji informed that during the drive, all the wine shops were given warning to strictly adhere to the closing timing of 8 pm as set by the administration.

Meanwhile, continuing with its eviction drive of stray animals, the Capital Complex district administration on Wednesday evicted a total of 6 animals from various locations of the capital city here.

Combining all the earlier drives, the DA has evicted a total of around 111 animals till date.

DC Dhawan informed that despite repeated notices and warnings, the owners are not taking adequate measures to keep their domestic animals off the public places and roads.

He has further requested the residents of Capital Complex to cooperate with the administration and refrain from letting their animals out in the open which results in various nuisance like traffic problems, unhygienic atmosphere, etc.