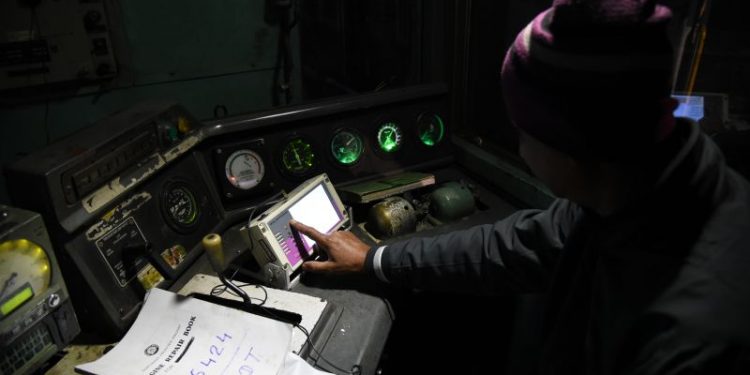 A GPS based alert system for auto warning to train drivers has been put to use by Northeast Frontier Railway (NFR).

The system is expected to help in timely running of trains during foggy season.

This was stated in a NFR press release issued on Tuesday.

An equipment called FogPASS (Fog Pilot Assistance System for Safety) consisting of an inbuilt battery and GPS antenna with magnetic base has been provided in all locomotives in NF Railway.

The device which weighs 1.5 kg is carried by the loco pilot at the time of assuming charge of the locomotive.

The device is placed on the consul of the pilot and as the train moves, it displays short description and remaining distance of next two landmarks in geographical order on LCD screen.

This means that as a train approaches a station the device will flash the distance left for the home signal of that station.

Thus even if the pilot is unable to physically see the signal, he would be aware of how far train is from the signal and would be alert to notice the aspect of the signal (red, green or yellow) and act accordingly.

Also read: All Northeast Frontier Railways stations in NE to get CCTVs

There is also provision of voice announcement in speakers attached with the device for attention of drivers.

The new device has proved to be greatly helpful to drivers in the foggy weather.

This device has been provided in crew lobbies to cover all locomotives of mail/express, passenger and goods trains.

Drivers carry this device while assuming their duty.

Railways have also provided sufficient walkie-talkie sets for use by drivers and station staff apart from arranging counselling on working during foggy weather.

Besides, Railways has also deployed fog signal men at vulnerable station section to place detonators on the tracks for alerting the loco pilots about approaching signals.

These detonators are placed on track about 270-280 mts ahead of the first stop signal of a station to alert driver during heavy foggy weather.

All signal sighting boards, fog signal posts are being painted with retro reflective painting and level crossing gates are being provided with yellow/black luminous indications strips.

During intense fog situation, railways normally face problem of shortage of crew resulting from longer working hours due to slower mobility, non-availability of track maintenance slots due to reduced capacity apart from complete disorientation of timetable.

The new GPS based system named FogPASS is proving to be a boon to speed up train operation during intense fog situation, the press release added.