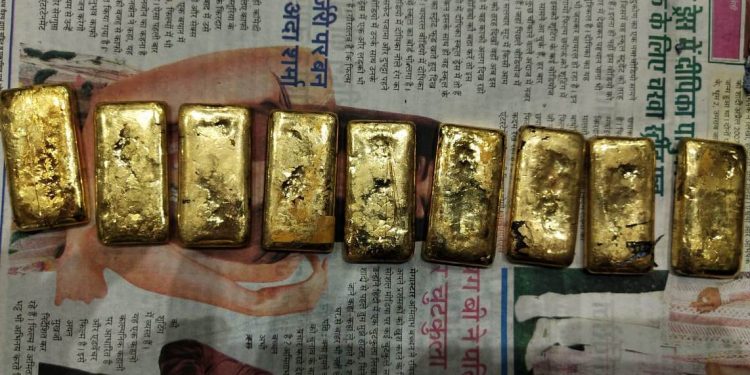 Nine gold biscuits worth at Rs 47 lakh were seized on Tuesday from a passenger during a checking at Mohanbari airport here by Central Industrial Security Force (CISF).

According to police, the passenger was identified as Chaman Lal Mehata, 60, and from his possession one and half kg gold biscuits were seized by CISF.

Police said before boarding at a Dibrugarh-New Delhi Indigo (206) flight, CISF jawans caught him during a checking.

“He collected the gold biscuits from a person from Dibrugarh and his job is to hand over the nine gold biscuits to a Delhi based party. We are investigating the matter and may be more people will be arrested in this connection,” a police official said.

According to sources, custom authorities in Northeast have been on the alert following a spurt in gold smuggling through the country’s porous border with Myanmar in the region, particularly through Manipur and Mizoram.