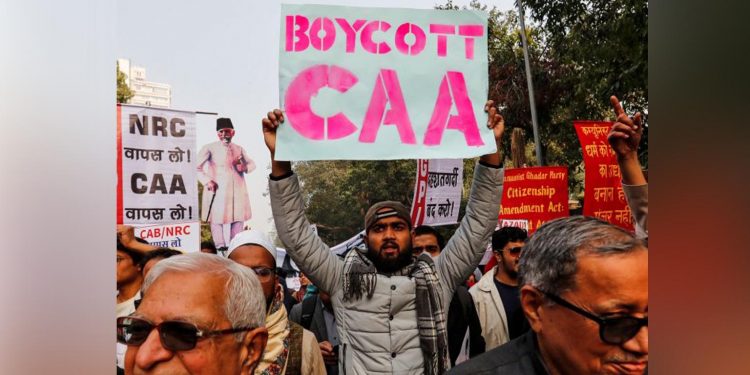 As the Supreme Court date for hearing on the constitutional validity of CAA nears, a fresh plea was filed challenging the Act in the apex court by an NGO.

Supreme Court will hear the pleas challenging CAA on January 22.

Seeking an interim stay on the Citizenship (Amendment) Act, the NGO-Association for Protection of Civil Rights (APCR) – said the Act would lead to an irreversible consequence.

“Once CAA is passed, it would lead to irreversible consequences as a person cannot be rendered stateless once citizenship has been granted to them under the Act,” APCR stated.

“If the provisions of the CAA are operationalized and the NRC is prepared, several undocumented Indians will become stateless and therefore, it is submitted that this Court may be pleased to direct the Respondent Union of India from refraining to prepare NRC arbitrarily,” the plea stated.

“The petitioners herein are challenging the impugned Act as well as the impugned provisions and the impugned notifications, as being violative of Articles 13, 14, 15, 21, 51(c) and 51-A of the Indian Constitution,” it further added.