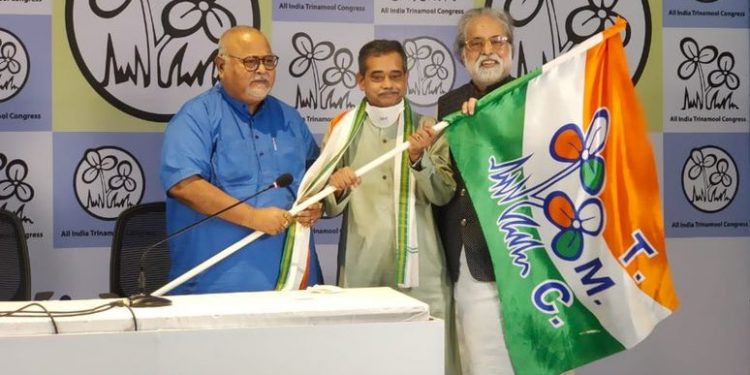 The former Congress MP was in talks with the TMC leadership for the past few weeks.

Moments after the former Congress MP was inducted to the TMC, his sister, Sharmishtha Mukherjee, in a tweet said, “SAD!!!”.

Abhijit was welcomed into the party fold by TMC MP Sudip Bandopadhyay, amid chants of ‘Mamata Banerjee Zindabad!’

“Didi succeeded in halting the BJP juggernaut in West Bengal. She is the most credible secular leader in the country who can fight and defeat the communal BJP. I have left one Congress to join another. We are sure of resisting the saffron camp across India in the future,” Abhijit said.