Following the social media outrage, Cachar district administration has reportedly asked the Puja committee members to remove the birds from the pandal 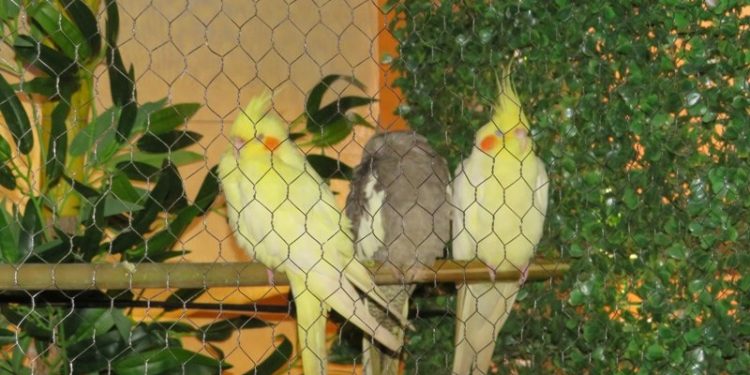 In what could be called a sheer cruelty to birds, Kalibari Road Durga puja committee at Udharbond in South Assam’s Cachar district has kept hundreds of exotic birds caged and put up for display at the puja pandal.

Kalibari Road Durga puja pandal with a replica of Akshardham Temple and London bridge draws the maximum footfall among the three districts of Barak valley.

The organisers have installed a number of cages with several exotic birds in them in the puja pandal to attract the visitors.

The act of the puja committee, however, has not gone down well with many social media users have slammed the organizers.

“How come they have evaded the eyes of the law is the first question? Secondly, all these birds are nocturnal and now they have to face the visitors for entertaining them coming all throughout the night facing bright lights and blazing sounds,”  Parthankar Choudhury, professor of ecology and environmental sciences of Assam University, told Northeast Now.

Following the social media outrage, Cachar district administration has reportedly asked the Puja committee members to remove the birds from the pandal premises.

“Though the Puja committee members have got clearances and the birds are allowed to be kept as pets, considering the loud and bright environment we have taken the decision to ask them to remove the birds from the pandal premises,” Cahar DC Laya Madduri told Indian Express.

Forest department officials also visited the pandal and asked the committee to remove the birds.

The committee, however , has refused to remove the birds.

Shankar Roy, secretary of the Udharbond Kalibari Durga Puja committee, said that they have taken care of the birds.

“The officials from the forest department came and checked everything, we have all the necessary documents which allow us to transport and pet the birds,” he said.

“We have kept a close watch on the birds which are openly sold in Kolkata markets. Adequate air cooling system is in place to keep all the birds hale and hearty.”

“Not only that, we have engaged seven personnel just to keep a watch on the birds round the clock,” Roy added.

“I am aware of the fact that birds are being caged inside improper atmosphere but we cannot take any action because these birds are not scheduled under The Wild Life (Protection) Act, 1972,” Indian Express quoted the minister as saying.

“Officials of our department visited the pandal on Friday and we have requested the organisers to choose humanity over entertainment. I hope they will maintain this,” he said.