Durga puja in 2020 will be with a difference 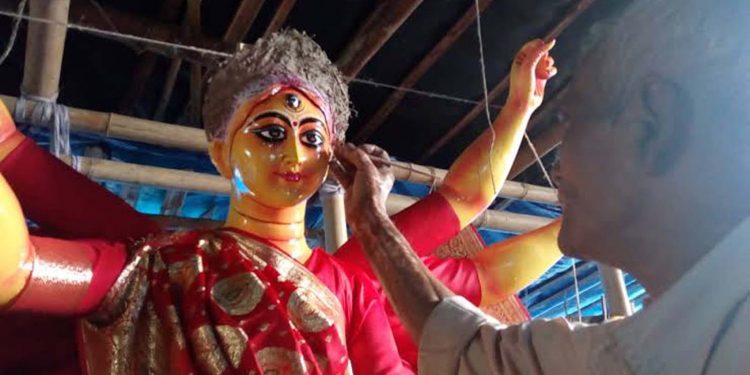 The Durga puja in 2020 will be with some differences.

One has to wait for about a month from the day of Mahalaya to Durga puja next year.

Yes. Almanacs have said that there will be a gap of about one month between Mahalaya and Durga puja due to occurrence of a phenomenon called Mala Mah.

The normal gap between the Mahalaya and Durga Puja is of six days.

According to the almanac, the Mahalaya next year falls on September 17 while the Mahasashthi is to be celebrated on October 22.

“The the month of Ashwin next year is a Mala Mah which indicates occurrence of two new moons.

“No auspicious rituals can be performed during the Mala Mah and hence the Durga Puja has to be deferred next year,” said a priest in Guwahati.

Pitritarpan (offerings to ancestors) and other rites slated for Mahalaya will take place as usual on the morning of September 17 next year, which will be the first day of Ashwin.

Ashwin’s second new moon will be on the 29th day of the month, that is October 16.

This is not the first time that this rare phenomenon happened.

In 2001 also similar occurrence took place delaying the Durga puja by more than a month than its normal schedule.