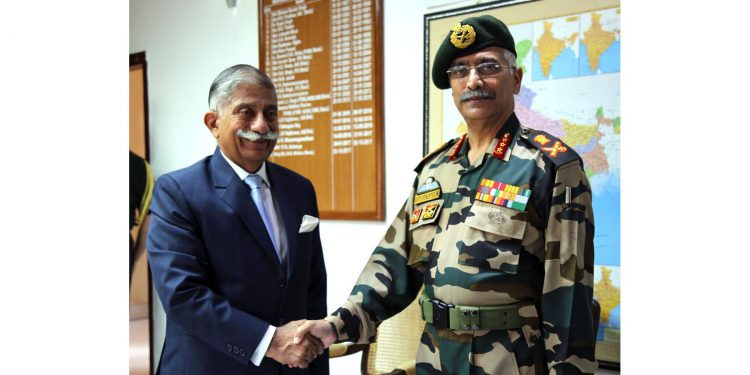 The Governor emphasised on better cooperation and teamwork amongst the security forces for instilling sense of security amongst the people, especially the population in border areas.

He called for extra steps in enhancing the good relationship between the security forces and civil population.

The Governor also impressed upon the pressing need of civil police cooperation with the security forces.

Governor Mishra also emphasized the need for working of Army and police personnel in tandem and cohesion.

There should be no occasion for any friction between the Police and Army as both work for the security of the people.

The Arunachal Governor shared the importance of security for success of ‘Act East Policy’ in the North Eastern Region.

He said that India’s economic and security interests are closely intertwined with this region. In the emerging new world order, amity amongst the nations, particularly the ASEAN countries and geo-politico-economic-security spectrum play a pivotal role.