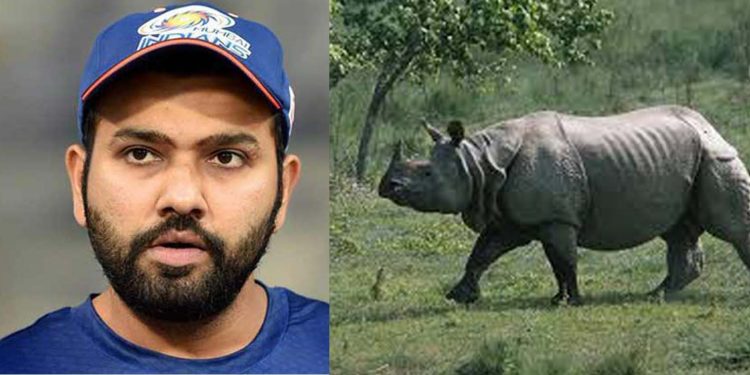 Indian cricketer Rohit Sharma has recently made a contribution of Rs 25 lakh to World Wildlife Fund (WWF) and Ol Pejeta, the organizations that are engaged in wildlife conservation.

The captain of the Indian Premier League (IPL) cricket team Mumbai Indians has been quite active in protection and conservation of rhinos.

He had started to be a part of this noble mission when he first met Sudan, the last male northern white African rhino way back in 2015.

After meeting Sudan, he had supported and spread awareness about many campaigns devoted towards the protection and conservation of rhinos.

Ol Pejeta had even named a baby rhino after Rohit’s daughter Samaira.

On the occasion of World Rhino Day on September 22 last, Rohit had even asked the public to make a donation to support the cause of WWF who is working on a mission to increase the population of rhinos and save it from extinction.

He tweeted that people can support him, WWF India and Animal Planet India to help in the conservation of the Indian Rhino by making a donation through the website rohit4rhinos.org

‘Today is #WorldRhinoDay. The #IndianRhino faces threats of #poaching and #habitatloss and it is our duty to make sure we don’t let this majestic species fade into extinction. Support me, @WWFINDIA, and @AnimalPlanetIn as we #BatforRhinos at rohit4rhinos.org”