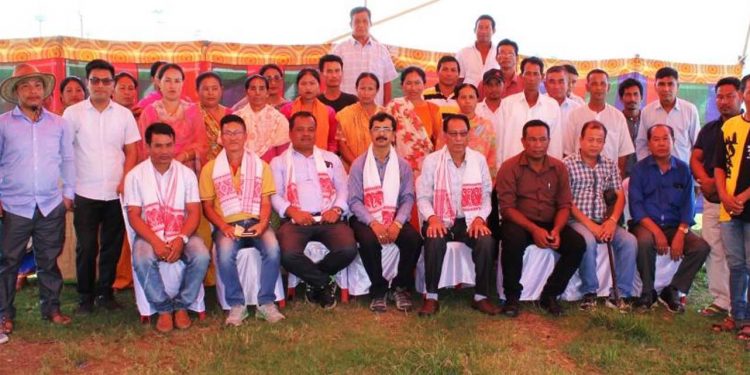 The CIFRI-HDPE Pen technology has been used as part of the “technology refinement trials” to enhance fish production.

This was disclosed by the principal scientist and PI, Dr BK Bhattacharjya of National Mission on Himalayan Studies (NMHS) Project during a field day programme on fish harvest from pen enclosures in Takmu pat at Sendra, 45 km south of Imphal in Manipur’s Bishnupur district recently.

The field day event was organized by the ICAR-CIFRI, Regional Centre (RC), Guwahati in collaboration with the department of Fisheries, Manipur as part of technology refinement trials under the NMHS project, said officials.

It may be mentioned that CIFRI-HDPE technology was developed for in-situ quality fish fingerling (seed) and table fish production in wetlands and reservoirs.

Explaining the purpose of the programme, Dr Bhattacharjya said pen aquaculture was carried out by the Institute in Takmu pat as part of a project sponsored by the NMHS, GB Pant National Institute of Himalayan Environment & Sustainable Development, Almora in collaboration with DoF Manipur and the Net Fishing Co-operative Society, Keibul Takmu.

Expressing satisfaction over the good fish harvest from the pens, Dr Bhattacharjya urged the fishers to continue pen culture in the coming years on their own using the pens given under the project.

He hoped successful implementation of the project in Takmu pat would lead to its large-scale adoption by the wetland fishers of Manipur.

Manipur has 30,171 hacares of natural lakes and wetlands that are largely unexploited in spite of having high potential for increasing their fish production.

In his speech, the additional director of fisheries department, Manipur, Khamsing Ahum, observed that fish production from wetlands of Bishnupur district could be possible if the fish farmers learn to utilize the fishery resources with scientific inputs.

Urging the fish farmers to continue pen culture in the pat and learn to do it in a better and more profitable manner, Co-PI Dr Dipesh Debnath of the project pointed out that pens were a low-cost technology.

He said if practised following scientific guidelines, the CIFRI-HDPE Pen technology can increase the income of the fish farmers.

A total of 50 fish farmers including 20 women from various parts of Takmu pat participated in the day-long programme.