The Union Ministry of Tourism plans to increase foreign tourist inflow to Arunachal Pradesh’s Tawang Valley, Ziro, Bomdila, which are some of the most picturesque parts of the state.

More areas in border states could become accessible, with the Centre moving to ease entry rules under the ‘protected area permit regime’.

The northeastern state is likely to be the first beneficiary of the more relaxed norms, with Sikkim and Ladakh in Jammu & Kashmir likely to be progressively opened up.

In a meeting of the inter-ministerial coordination committee on tourism sector, centre has decided that tourists visiting Arunchal will now be able to acquire inner-line and protected area permits for five years, instead of two-year permits allowed earlier.

The Home Ministry is supportive of the move and will soon seek details from border states concerned on alternative mechanisms they have in mind to track incoming international tourist traffic and rule out any security concerns.

“I took a review meeting on Friday to discuss the demand of several border states as well as ministry of tourism that the PAP regime be eased and certain areas of tourist interest be opened up to attract more foreign travellers. The home ministry is agreeable to easing PAP rules by either making it easier for foreigners to obtain the PAP or do away with it altogether for certain border areas, provided any security concerns are taken care of by the states,” Junior Home Minister Kiren Rijiju told TOI on Sunday.

“The states will be asked how they plan to register foreigners who enter the state to access these border areas…whether it will an online process? Also, how the movement of foreign citizens will be tracked and their exit from the state recorded,” said Rijiju.

Tourism Secretary Rashmi Verma said, “The effort is to open up Arunachal Pradesh to more tourists. While Tawang is among the most popular destinations in Arunachal due to its Buddhist connect, the ministry is also in the process of exploring eco-tourism potential of the Dibang valley in eastern Arunachal.”, told TOI. 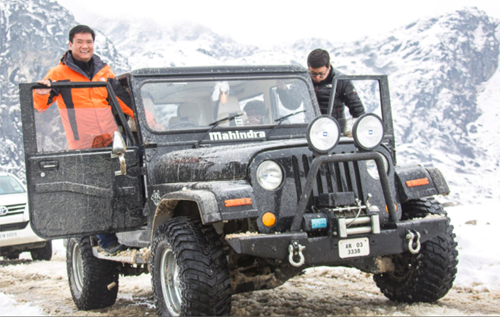 As a sneak peek of the sites Arunachal Pradesh offers to tourists, Arunachal Chief Minister Pema Khandu tweeted photos of the Shungetser lake and other destinations in the Tawang valley.