Centre approves One Stop Centre in every district of Manipur 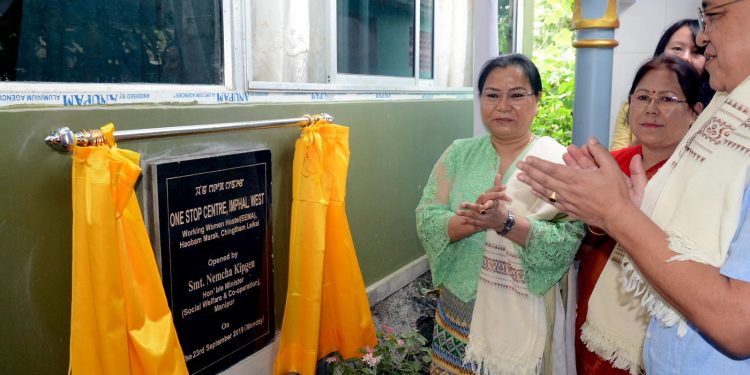 The Central authority has approved for the launch of One Stop Centre (OSC) in all the 16 districts of Manipur.

The remaining OSC in the remaining districts will be inaugurated within October this year.

The OSC or One Stop Centres will facilitate an integrated range of services including medical, legal, rescue & response services, police services and psychological and social counselling support to women in distress.

The newly inaugurated OSC in Imphal West District was opened under the directive of Ministry of Child and Welfare Development for the welfare of those women in distress or affected by any forms of violence in private and public places.

Speaking on the occasion, Nemcha appealed all stakeholders to extend maximum cooperation for the OSC to successfully deliver its tasks for the affected women and urged all to refer the centre for such women.

Nemcha Kipgen had already assured that OSC will be a reality in all the districts during her spot visit in 2017 at Sakhi One Stop Centre, the 1st ever centre in the state located at Thoubal Mini Secretariat complex.