CAA: What document one needs to prove Indian citizenship?

The citizenship may be proved by giving any document relating to the date of birth or place of birth or both: Home ministry 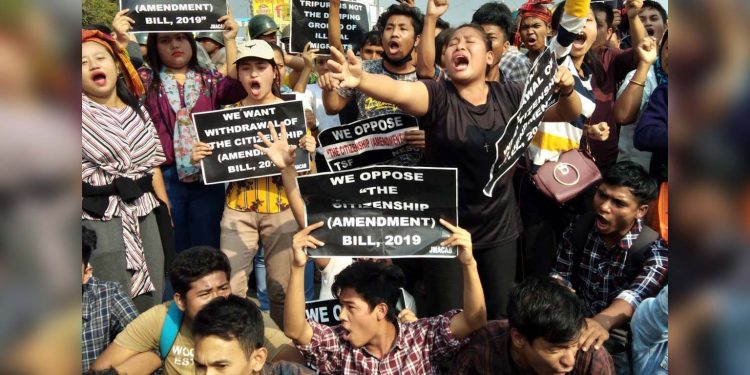 Amid anti-Citizenship Amendment Act (CAA) protests across India, the union home ministry on Friday clarified that the citizenship may be proved by giving any document relating to the date of birth or place of birth or both.

“…Such a list is likely to include a lot of common documents to ensure that no Indian citizen is unduly harassed or put to inconvenience,” said a spokesperson in the union home ministry.

Ever since the central government announced that it would start documentation process for a National Register of Citizens (NRC), anxiety and agitation loom across India.

The union home ministry spokesperson further said illiterate citizens, who may not have any document, authorities may allow them to produce a witness or local proofs supported by the members of the community.

“A well-laid-out procedure will be followed,” said the spokesperson.

The spokesperson further said the CAA 2019 protects the interests of the tribals and indigenous people of the Northeast by excluding areas under the Sixth Schedule and the areas covered by the Inner Line Permit.

“There is no question of any influx of foreigners swamping the indigenous population,” the spokesperson further said.

As per the CAA, 2019, the persons belonging to Hindu, Sikh, Buddhist, Jain, Parsi and Christian communities who migrated to India from Pakistan, Afghanistan, and Bangladesh till December 31, 2014, would be granted Indian citizenship.

Massive protests continue across India against the CAA, which has been termed by the United Nations High Commissioner for Human Rights as “fundamentally discriminatory”.

The Indian students and NRIs in America and the United Kingdom have also raised voice against the CAA.

The Citizenship Amendment Bill (CAB), 2019 became an Act after President Ram Nath Kovind gave his assent to the bill on December 12.