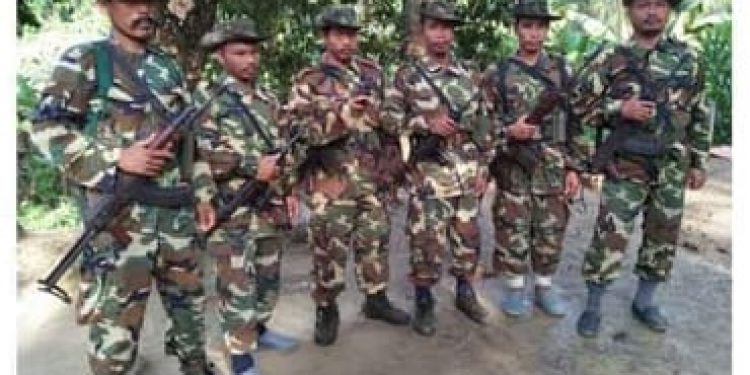 The Tripura unit of Bharatiya Janata Party (BJP) on Sunday claimed that the outlawed National Liberation Front of Tripura (NLFT) was campaigning for the Congress in the East Tripura Lok Sabha constituency.

The Chief Electoral Officer (CEO) of Tripura Sriram Taranikanti said that his office had received a complaint from the saffron party regarding the matter of NLFT campaigning for Congress.

He assured that action would be taken after proper inspection of necessary documents.

BJP spokesperson Nabendu Bhattacharya claimed that NLFT’s self-styled secretary Utpal Debbarma alias Uthai has appealed people to vote for the Congress and the saffron party has got records of it.

However, the Congress vice –president Tapas Dey claim the allegations of the BJP as completely baseless and fictitious.

Dey also claimed that the BJP is making false allegations against the Congress as they are frustrated and are sure that they would be defeated.

Meanwhile, The Election Commission (EC) has made unprecedented security arrangements, including deployment of over 9,300 troopers, for the deferred voting to the Tripura East Lok Sabha constituency on Tuesday.

“Over 5,300 central para-military forces and 4,000 Tripura State Rifles (TSR) troopers are being deployed to conduct free, fair and smooth voting in the Tripura East seat,” a senior police official said.