Bhupen mama should have got Bharat Ratna 10 years back: Zubeen

Why suddenly they gave this to him? To suppress the protest against Citizenship (Amendment) Bill, says singer 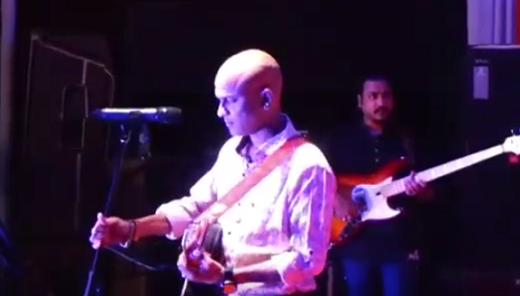 Singer Zubeen Garg on Sunday said music maestro Bhupen Hazarika should have got the Bharat Ratna 10 years back when he was alive.

Zubeen alleged that Centre has selected Hazarika for the country’s highest civilian award to douse the fire of protests which is broken out in Assam against the Citizenship (Amendment) Bill, 2016.

“Why after 8 years they will use his name to motivate us politically? Why this sudden love? He is beyond that. He lives with us. He should have got it 10 years back when he was alive. When he was alone, who stood with him?” Zubeen said in an emotionally charged Facebook post on Sunday.

“Why suddenly they gave this to him? To suppress the protest against Citizenship (Amendment) Bill? You should know it. Bhupen Mama is a gift, not a tool to be used for their political motivation,” he added.

Music maestro Bhupenda has been posthumously awarded with Bharat Ratna on the eve of Republic Day on Friday.

Zubeen also admitted that he made the remarks on Bharat Ratna, which triggered controversy when the audio clip of the voice had gone viral on social media platform.

He further said he is tired of the constant attempt of certain sections to destroy him.

Multiple cases were registered against the singer at different police stations of the state following his remarks on Bharat Ratna.

Zubeen also said that he is ready to discuss all issues and anyone wants to talk to him can go to his Kharghuli residence.