Huge amounts of suspicious cash withdrawals have been made after announcement of election dates: IT director 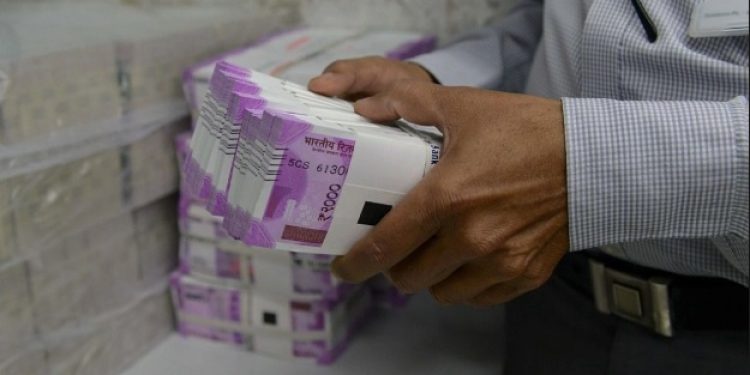 Income Tax officials on Wednesday said that a total of Rs. 3.76 crore cash has been seized in various interceptions in Northeast since the announcement of the election dates and added that huge amounts have been deposited and withdrawn in different banks across the region.

Principal director of Income Tax, Sanjay Bahadur said this in Guwahati on Wednesday while addressing a press conference adding that the IT directorate’s independent intelligence gathering initiative has brought to light an alarming fact that huge amount of suspicious cash has been deposited in banks, including rural and cooperative banks in the weeks preceding announcement of elections.

“Similarly, huge amounts of suspicious cash withdrawals have been made. These transactions have so far gone below the radar of routine process of election expenditure monitoring and ground level intelligence indicates it is highly possible that substantial part of this cash flow is being misused for vitiating free and fair elections,” Bahadur said.

The statement assumes significance considering the fact that Rs. 1.80 crore had been seized in Pasighat in Arunachal Pradesh in the wee hours of Wednesday by the election expenditure observers.

The Congress claimed the money was seized from vehicles used by Arunachal Pradesh chief minister Pema Khandu’s carcade and alleged that the money was being taken to Pasighat for distribution in the rally of Prime Minister Narendra Modi.

“ECI has directed Income Tax Investigation directorates to use all resources at their command to make expenditure monitoring effective. Therefore, in absence of required inputs from designated authorities so far, several important steps have been taken independently by this directorate. Financial Intelligence Unit (FIU) of India, RBI and major banks operating in Northeast have been asked to supply digital data relating to cash deposits and withdrawals above Rs. 10 lakh. This data is being received in batches since the last one week and is being analysed. We have requested for real-time reports for the election period for prompt action,” said Bahadur.

He added, “Initial sample data received for few days preceding March 31, 2019 has confirmed the apprehension of our investigating officers that banks are being possibly used as safe conduits to hide and move suspicious cash.”

“The data so far procured is limited to about only 10 days of transactions supplied by just 5 major banks of the region. Even from this small sample, hundreds of suspicious cash deposits/withdrawals in banks for amounts more than Rs. 10 lakh have been discovered and are under scanner. Inquiries have already been initiated in about 200 cases so far,” he said.

“The magnitude and frequency of such transactions is a matter of grave concern and the Directorate is gearing up for massive exercise of investigation in days to come as data from over 100 banks across North East is expected to be received,” Bahadur further said.