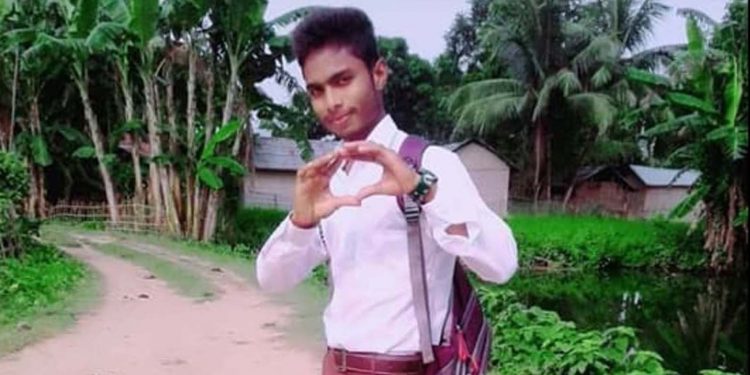 A college student from Assam’s Goalpara district was arrested on Sunday for sharing a post glorifying Pakistan Army on the Facebook.

The boy, who was arrested on sedition charge, has been identified as Mofidul Hussain, a BA first semester student of Bikali College at Dhupdhara in Goalpara district.

“He was picked up last night and was arrested this morning after interrogations,” Goalpara Superintendent of Police SB Sarma told Northeast Now on Sunday.

Hussain, belonging to a farmer’s family, is a resident of Ambari village, a Bengali-speaking Muslim area bordering Kamrup (Rural) district.

He had shared a post on the social networking site Facebook glorifying the Pakistan Army on April 8 last.

But it was only on August 31, the matter was brought to the notice of the police by a section of people.

“We have registered a case (No. 133/19) under Sections 124 A and 121 of the Indian Penal Code,” Nilkamal Sutradhar, officer-in-charge of Dhupdhara Police Station, told Northeast Now.

Section 124 A refers to sedition, which includes disloyalty and all feelings of enmity against the country and may bring imprisonment for life or imprisonment which may extend to three years, to which fine may be added.

On the other hand, Section 121 refers to waging or attempting to wage war or abetting waging of war against the Government of India.

If the allegation is proved, one will be punished with death or imprisonment for life and will also be liable to fine.

Sutradhar further said, “Besides the accused, we also brought the other family members to the police station for interrogation.”

“The family has a farming background and the other members of the family are almost ignorant about the use of android mobile phones. We let them go,” the police officer added.

On Sunday, the police produced Hussain before the Goalpara district court which remanded him to the judicial custody.