This was the second international tournament Asmita Chaliha participated in on the senior circuit, apart from the Asian Games earlier this year. 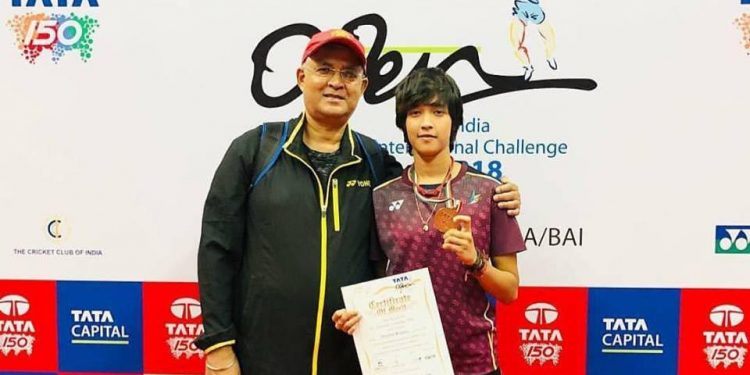 She won the title on Sunday defeating Vrushali Gummadi by 21-16, 21-13 in the final held at NAS Sports Complex.

This was her second international title win of the year after she won the Dubai International Challenge Title on November 18.

Winner of Women’s Singles title, Ashmita Chaliha said, “I am very happy to win the Tata Open in my first year itself. Winning against Vrushali Gummadi makes the victory even sweeter as I have never won against her before. After winning two consecutive international titles, my focus would be to play better in future tournaments.”

This was the second international tournament Asmita participated in on the senior circuit, apart from the Asian Games earlier this year.