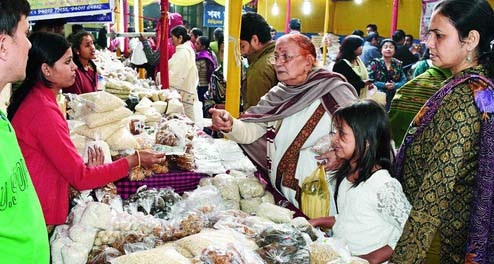 The group of women in a bid to establish themselves as entrepreneurs have given stalls at the mela. Local legislator Phani Bhusan Choudhury inaugurated the mela. He also interacted with the women of the self help groups. Bongaigaon deputy commissioner Biswajit Pegu was also present at the inaugural ceremony of the mela.

Bongaigaon Municipality has organized the mela under National Urban Livelihood Mission. The Self Help Groups were formed last year in the municipality area.