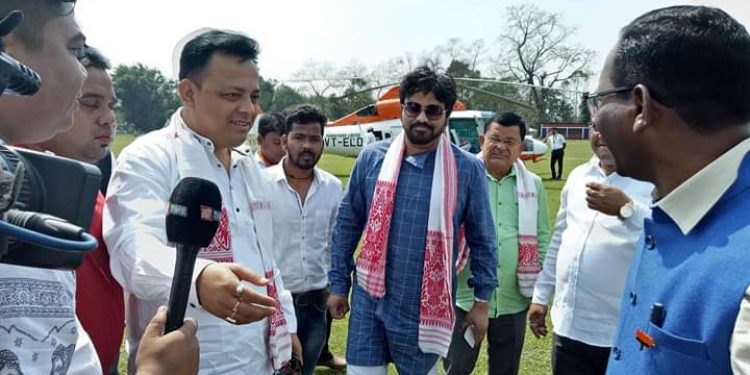 Addressing the poll rally, Supriyo praised Teli and urged the people to vote for him in the upcoming Lok Sabha election asserting they BJP is the party the people of Tinsukia should bank on as the party will work for the state’s development.

Supriyo also lashed out at Congress claiming that the party has done nothing for the people of Tinsukia during their rule. “The Congress is busy in petty politics and doing everything to defame BJP. They are running false publicity aganist BJP,” he said.

The popular singer also went to mention that under the leadership of Narendra Modi, ‘India has scaled new heights’. “Modiji is working for the all round development of the society. After so many years of Independence for the first time Tinsukia is going to get a medical hospital,” the Union minister said.

The minister said BJP has introduced many developmental schemes for the benefit of the people. “Modiji has dreamed for new India and our responsibility is to fulfill his dreams. We are fortunate that we are working under a dynamic leader who has dreamed of a new strong India.” 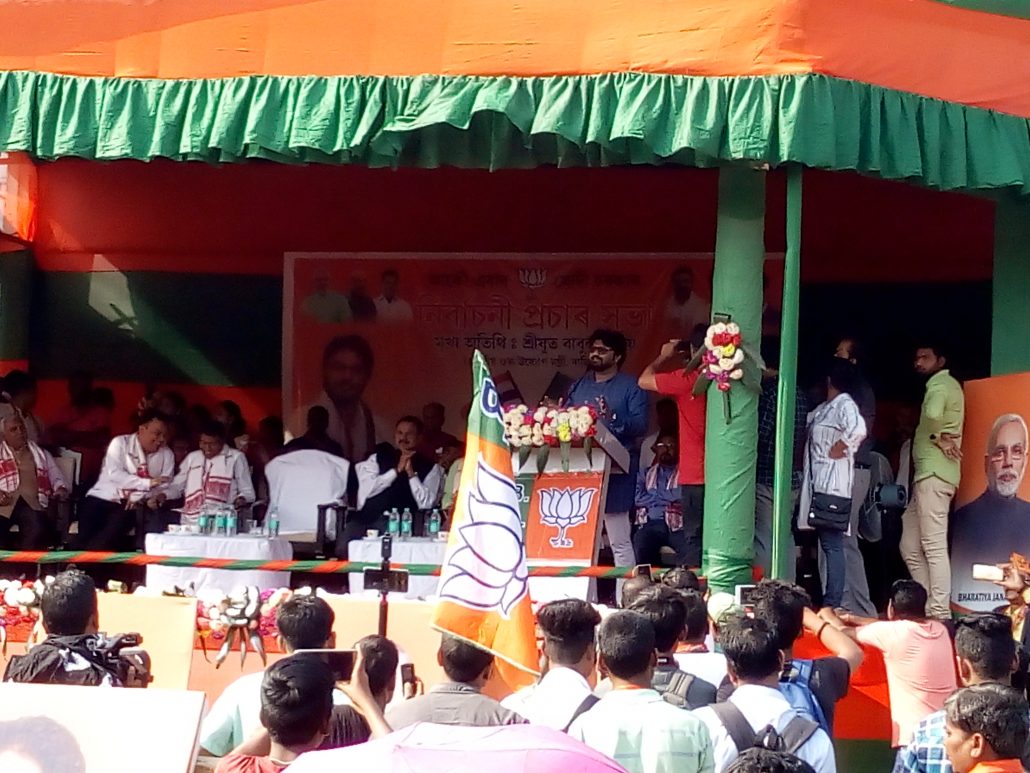 “We are sure that Modiji will again become the Prime minister of India,” he said.

Addressing the crowd, Supriyo also talked about how the BJP is also working towards the industrialization of the state.

“Industrialization is happening in Assam after BJP has come to power. The BJP has signed many MoU’s for setting up of industries in the state. We are committed to work for the development of the country,” he noted.

The minister asked the people to vote for Rameshwar Teli to help him win with more votes.

“We have seen how Rahul Gandhi has been concocting one lie after another to mislead our countrymen. The Congress president thinks that his party can win election by spreading canards but voters are not fools,” remarked Supriyo.

“It is only the BJP which can take the nation forward. Our major agenda is to build a developed India, a corruption-free nation,” he said.

Praising chief minister Sarbananda Sonowal, Supriyo said that Assam has progressed by leaps and bounds after the BJP formed the government in 2016.

“In just 3 years, the state has made unbelievable progress under the dynamic leadership of chief minister Sarbananda Sonowal. Tinsukia is one of the highest revenue generating districts of India having a cosmopolitan population. I appeal to the people to give their mandate to the BJP,” he added.