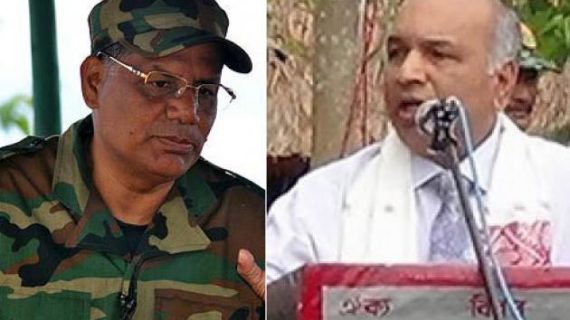 Assam police have arrested a close associate of ULFA (I) chairman Abhijit Asom in Guwahati.

Sonowal is a resident of Kawoimari area under Namrup police station in upper Assam’s Dibrugarh district.

Das said he entered the city on December 29.

No weapon or document was recovered from his possession.

A local court on Wednesday sent him to two-day police custody.

Abhijit Asom had become the chief of ULFA(I) in 2012 as declared by the insurgent outfit after its founding chairman Arabinda Rajkhowa was expelled following his failure to return to the underground group.

An alumnus of RKB Higher Secondary School, Puranigudam, and Gauhati Medical College , Abhijit is reported to be a practising physician in England.

According to various reports, Asom, close to ULFA (I) ‘commander-in-chief’ Paresh Baruah, had established a human rights organisation ‘Assam Watch’ in 1994/

Through the organisation which he highlighted in UN meetings alleged human rights violation by security forces during antiinsurgency operations in Assam.