ULFA (I) chief fires a “mass grave” salvo at Army

The United Liberation Front of Asom (Independent) on Saturday paid tribute to its cadres who “sacrificed” their lives in the battle for a ‘sovereign Assam’.

While ULFA (I) commemorates July 27 as Swahid Diwas, Abhijit Asom, chairman of the outfit said they are yet to ascertain the exact number of cadres who lost their lives in the 40 years of struggle for “Xunor Axom (golden Assam)”.

“Mass grave near Army camp can’t be ruled out,” the ULFA (I) leader said, trying to highlight that a lot of cadres have been victims of “secret killings” by the Army personnel.

The banned outfit has been observing July 27 as ‘Swahid Divas’. 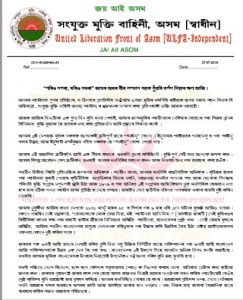 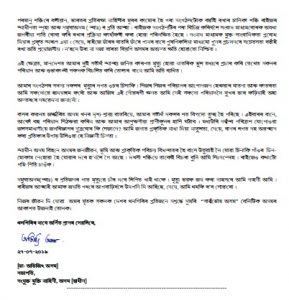 In a statement issued on Saturday, Abhijit Asom said it would be wrong to describe their slain cadres as swahids. “They are Mukti Jujaru (freedom fighters),” he said.

Reiterating the demand for a sovereign Assam, the ULFA (I) chairman said, “Independent existence is the right of every individual. Sovereign Assam is the political right of the indigenous people of Assam.”

The ULFA chairman dismissed the claim of the mainstream political parties that “Assam will die of poverty if wriggles out of India”.

Abhijit Asom came down heavily on a section of media for allegedly circulating fake news. “Such fake news can harm the political interest of Assam,” he said.

He said a fake news report was circulated through the media over death of the outfit’s two cadres in Myanmar.