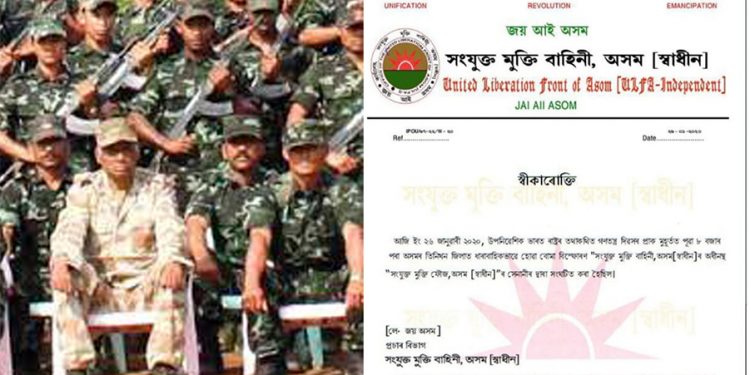 ULFA (I) had issued a call for a “general strike” on Sunday asking citizens to abstain from the Republic Day celebrations.

The United Liberation Front of Asom-Independent (ULFA-I) has claimed responsibility for the blasts that rocked parts of upper Assam on Sunday morning within a span of 15 minutes as the country celebrated its 71st Republic Day.

The first blast took place outside a shop at Teokghat in Sonari police station area in Charaideo district.

Three explosions followed soon after in Dibrugarh district – two at Graham Bazar and AT Road, and another at Duliajan Tiniali.

“The serial bomb blasts occurred in three districts of Assam on January 26 during the celebration of so-called Republic Day by the colonial state of India were carried out by ULFA (I)’s United Liberation Force,” the proscribed outfit said in a statement hours after the blasts.

The statement was issued by the outfit’s publicity wing member Joy Asom.

ULFA (I) had issued a call for a “general strike” on Sunday asking citizens to abstain from the Republic Day celebrations in the state and remain indoors.

“Strongly condemn the bomb blasts in a few places of Assam. This cowardly attempt to create terror on a sacred day only exhibits the frustration of the terror groups after their total rejection by the people. Our Govt will take the sternest action to bring the culprits to book,” Sonowal tweeted.