The FIR has been lodged with the Latashil Police Station in Guwahati. 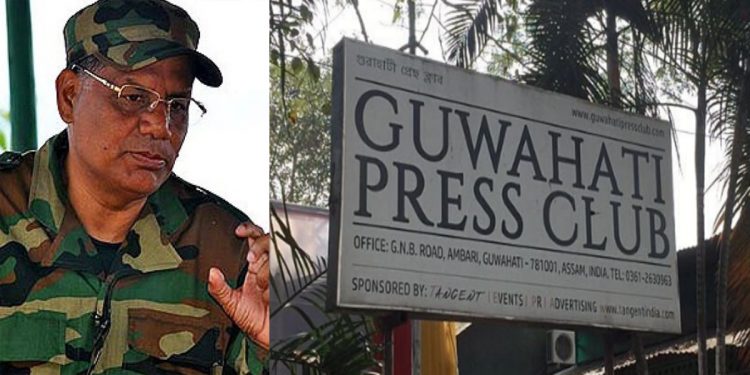 An FIR has been filed against president and secretary of the Guwahati Press Club (GPC) for organising ULFA-I Commander-in-Chief Paresh Baruah’s press meet on February 21.

The FIR has been filed against GPC president Manoj Nath and general secretary Sanjay Ray.

The FIR has been lodged with the Latashil Police Station in Guwahati.

The FIR alleged that the Guwahati Press Club had “designed to give space to a separatist leader of a banned armed outfit which emerged as a terrorist outfit to threat the sovereignty and integrity of India”.

The FIR has been lodged by senior journalist Biswajit Nath, who is also a former general member of the Guwahati Press Club.

The FIR was filed at the Latashil Police Station on Tuesday.

“However, because of the interventions of the city police the program could not be organised and it came to an abrupt end. But it is beyond doubts that the present committee of Gauhati Press Club organized the program and announced about it in advance,” the FIR further alleged.

Senion journalist Biswajit Nath in the FIR has demanded strictest action to be taken against the president and General Secretary of GPC.

“Why necessary actions should not be taken under the unlawful activities prevention act (1967) against Manoj Nath and Sanjay Ray,” Biswajit Nath questioned in the FIR.