"BJP's governance has been all about looting the common man!” 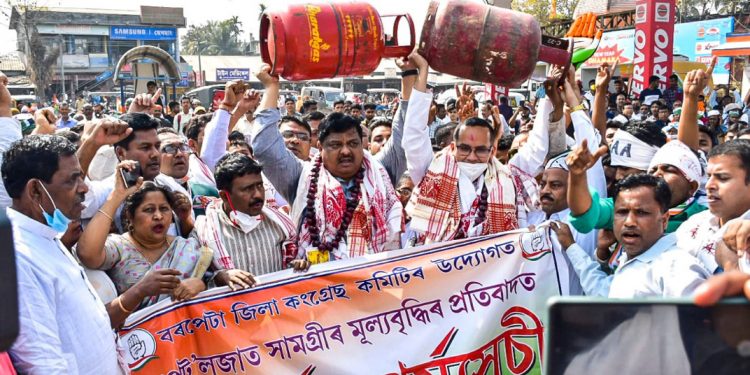 The Assam Congress on Tuesday, for the third consecutive day carried out vehement demonstrations across the State in protest against high prices of petrol and diesel.

People in large numbers took to the streets and joined the Assam Congress’ protest against high prices of petrol and diesel and other essential commodities.

Gaurav Gogoi said, “BJP’s petrol tax loot has brought Assam on the streets, amplifying Assam Congress’ protest on Day 3 in Howly. BJP is about to be shown the door in the state, bringing an end to its anti-people policies.”

President of All India Mahila Congress and former Lok Sabha MP Sushmita Dev led the protest at Kalain near Silchar in Cachar district of Assam.

Sushmita Dev said, “Youth are unemployed and people are bearing the brunt of BJP’s greed!”

Congress protest against the Petrol-Diesel Hike in Kalain today.

Youth are unemployed and people are bearing the brunt of BJP’s greed ! #AssamBachao #BJPPetrolTaxLoot pic.twitter.com/WU5ARtg6Z4

Meanwhile, Assam Congress chief Ripun Bora said, “Taxing the pockets of the people of Assam, BJP’s governance has been all about looting the common man!”