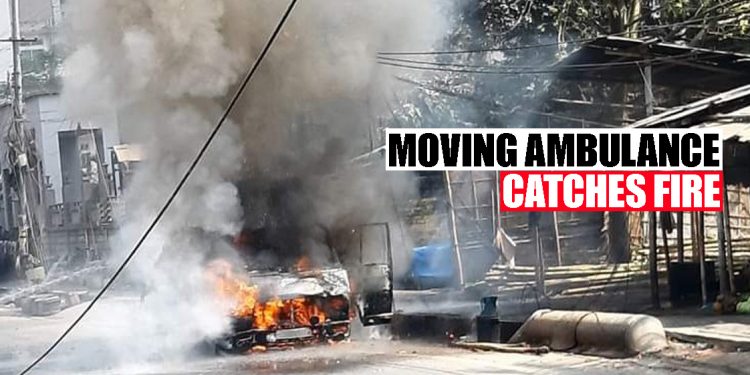 An ambulance of the 108 services on Tuesday caught fire while shifting a patient to a hospital in Guwahati.

The incident was reported from Kahilipara area in Guwahati, Assam.

However, the patient and the ambulance crew managed to escape unhurt.

According to preliminary reports, the ambulance caught fire due to some mechanical fault.

Several fire tenders were rushed to the spot and douse the flame.

The ambulance bearing registration number – AS-01-JC-7128, was completely destroyed in the fire.

Assistant Commissioner of Guwahati Police (ACP) Himangshu Das said, “The fire broke out when the patient and the ambulance crew were inside the vehicle.”

Meanwhile, an investigation has been launched to ascertain the cause of fire.