Two vehicles including 1 from Assam torched in Shillong 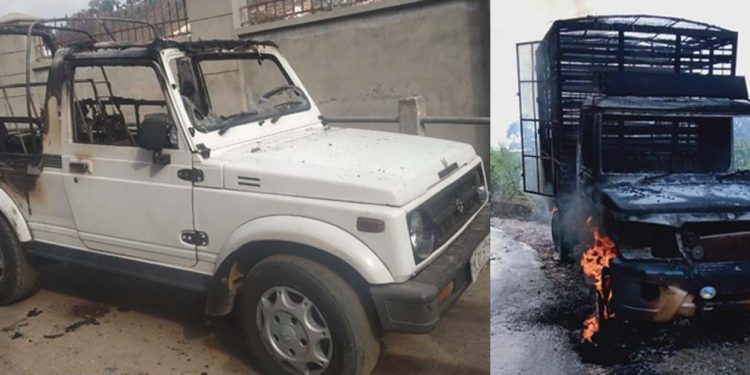 Two vehicles including a gypsy, bearing Meghalaya registration, were set ablaze in Shillong on Wednesday.

Police said the gypsy with the registration No ML-01-5716 was torched by miscreants at Langkyrding and another pick-up vehicle, bearing registration number of Assam, was torched at a viewpoint within Mawlai Mawtawar on Wednesday evening.

Both vehicles have been badly damaged.

Police are investigating if the arson is a case of enmity or some other reasons.

According to sources, the pick-up van from Assam was carrying poultry.

It has been alleged that the miscreants had lifted the pick-up van from the Polo market area in Shillong.

As per reports, the vehicle having Meghalaya registration was parked outside the house of the driver of the PWD, Treibor Chyne, when it was torched.

It was reportedly the official vehicle of the SDO (PWD) Dangar, Richard Nartiang.