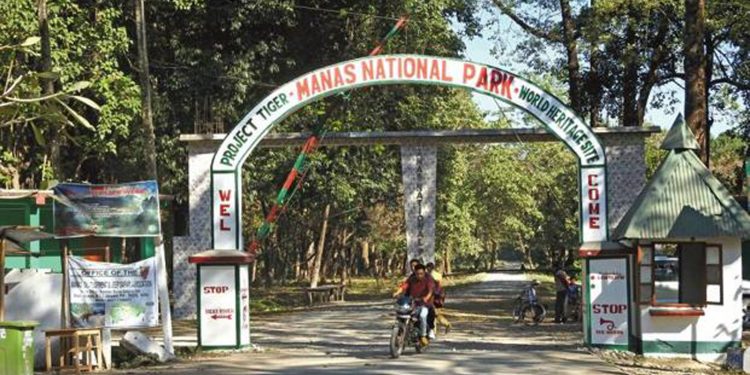 Tree clearing activities in Manas Tiger Reserve for the expansion of grasslands has been stopped.

The report suggested that the tiger reserve should first maintain its existing grasslands and they go for expansion.

The MEE report stated that artificial grasslands have been found in large areas of the Manas Tiger Reserve.

The artificial grasslands were found to be created by clearing large trees and burning timber and debris on the cleared areas.

The management authorities of the tiger reserve have been following the practice of burning all the grasslands in winter so as to facilitate the growth of fresh grass, the report added.

The report also mentioned that natural grasslands also exist in the tiger reserve.

Apart from halting the expansion of grasslands by clearing tree growth, the management of the tiger reserve has been asked to increase the population of swamp deer and hog deer as they are good sources of food for the tigers.

The management evaluation of fifty tiger reserves was carried out in order to assess the condition of these good habitats of the big cat that plays a great role in maintaining the balance of an ecosystem.

Eight tiger reserves have been evaluated in the north as a part of NTCA’s MEE report.

Tiger population in Assam has witnessed an increase along with the rest of India.

According to the All India Tiger Estimation Report 2018-19 released by Prime Minister Narendra Modi on Monday, Assam has the seventh-highest tiger population in India.

As per the report, the total number of tigers in Assam at present is 190.