Screaming fans of Rajkumar Thakuriya, whose Facebook page describes him as singer, actor, movie director cheered him on as he performed at the Tezpur University. Rajkumar Thakuriya prefers to be known as Mr Rajkumar.

While the devotion of his adoring fans is admirable, it is interesting to ponder whether he deserves to perform at a platform like the well-reputed central university.

Noted filmmaker from Assam, Utpal Borpujari expressed his displeasure on social media platforms Facebook and Twitter, about the incident. 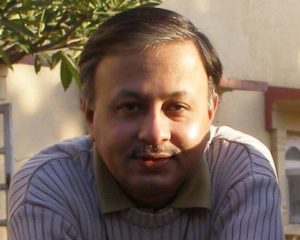 He wrote on Facebook, ‘Utterly shameful that a Central University offers a platform to a cringe pop singer and projects him as a success story. It’s like JNU inviting Dhinchak Puja. Nothing personal against Mr Rajkumar and also nothing against people watching/enjoying his videos. But a University is not a platform to celebrate cringe pop. Perhaps next Tezpur University will offer him an honorary doctorate?

And I understand that Tezpur University did not even bother to reply to a mail from the makers of forthcoming Assamese film Calendar requesting permission to interact with students.

UtpalBorpujarialso wrote on Twitter: Utterly shameful that a Central University offers a platform to a cringe pop singer and projects him as a success story. It’s like JNU inviting Dhinchak Puja.

RajkumarThakuriya’s fan club at the university, took the initiative to invite him to a performance. While the enthusiasm of his fans is admirable, it begs the question why the central-level university authorities allowed the performance to take place at the university premises, instead of at a private venue?