Technology has reduced the cost of filmmaking: Kenny Basumatary 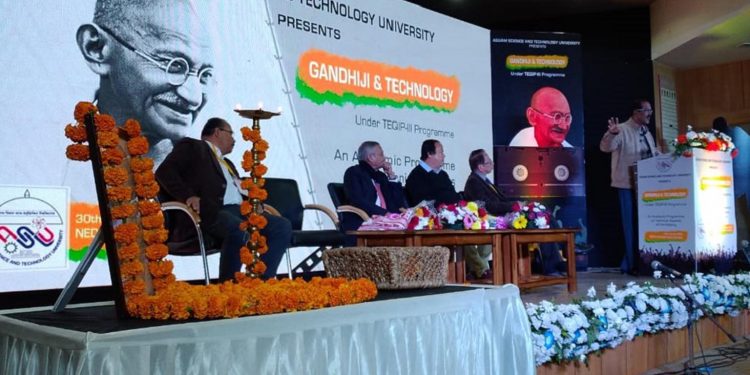 He was speaking at a one-day filmmaking workshop at NEDFi Convention Centre in Guwahati on Thursday.

“But in the process of making a film, its story and script will always remain vital apart from technology,” he added.

“Youths who desire to take up filmmaking as a profession must dedicatedly and sincerely work towards it and imbibe in themselves the ideals of simplicity and self-sufficiency of Mahatma Gandhi,” he added.

“Digital intervention in cinema has made it very easy to practice film making in the 21st century,” said filmmaker Bhaskar Hazarika while speaking on the importance of internet and new media.

Hazarika’s last movie ‘Aamis‘, which was released in December 2019, is considered as one of the finest Indian movies ever.

“Nowadays anyone desire of making a film can shoot, write scripts and edit it on the phone itself,” he added.

Shedding light on challenges in filmmaking in Northeast, popular model Arundhati Bora said, “With the advent of technology in filmmaking, the process has become quite accessible to youth.”

“Today, a large number of youth desire of venturing into the glamour world and come up with stories, short stories, but what they visualize are far from reality,” she said.

“To execute their ideas they need to study the subject thoroughly,” she added.

Titled ‘Gandhiji and Technology’, the daylong workshop was organised by Assam Science and Technology University (ASTU) under TEQP-III programme of the union human resources ministry.

The workshop was organized on the occasion of 150th birth anniversary of Mahatma Gandhi.

The sole purpose of the workshop was to help students to build a career in filmmaking with the use of modern engineering technology.