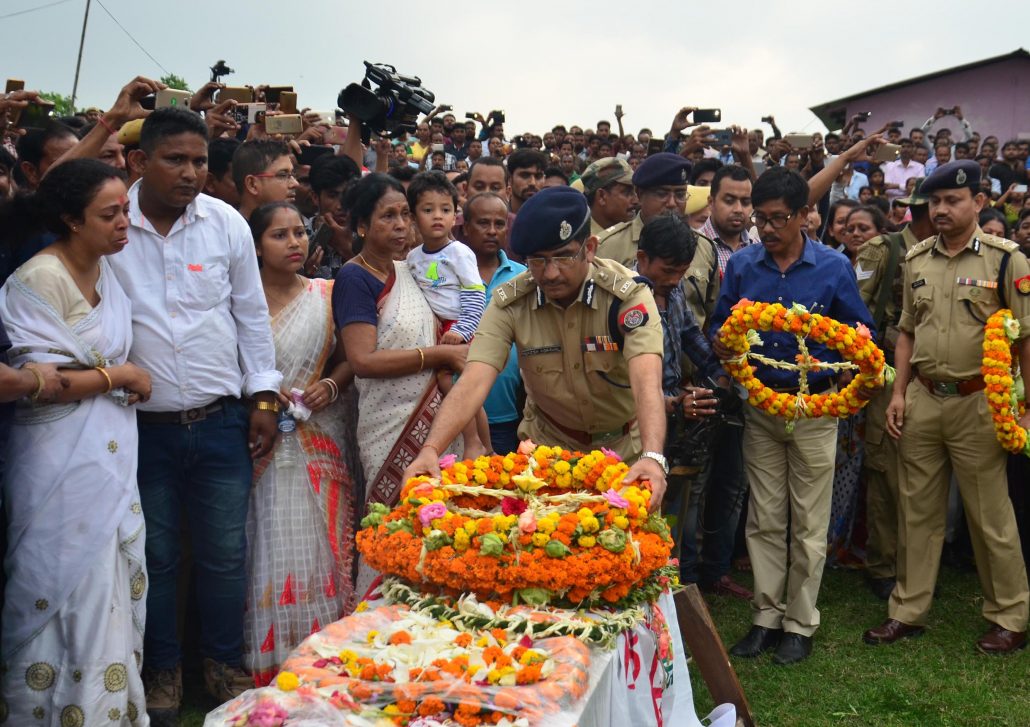 35-year-old Kalita leaves behind his wife, three old twins–a daughter and a son besides his parents.

A pall of gloom descended after the news of police official’s death reached his native village on Friday evening.

His mortal remains was flown to Guwahati today afternoon from Dibrugarh and taken to his native village by road following postmortem examination being conducted at Assam Medical College Hospital (AMCH).

Earlier in the day, Director General of Police Kuladhar Saikia who visited Bordumsa paid the last respect to the slain officer there.

Kalita’s death has put Assam Police under scanner because the officer was wearing a bullet proof jacket and yet post mortem revealed that two of the nine bullets of Tavor X95 rifle he received on his body had passed through the bullet proof jacket.

Saikia said that he would be enquiring into the bullet proof issue which has come to light.