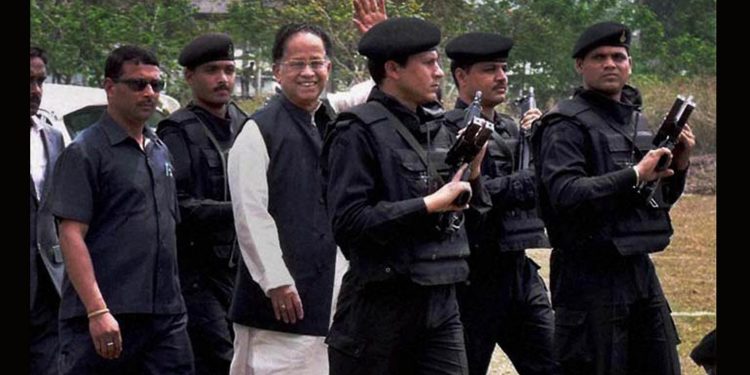 Former Assam chief minister Tarun Gogoi on Friday said that the Ministry of Home Affairs has scaled down his security cover from Z+ to Z category.

Gogoi, who served three terms as chief minister of Assam said the MHA decided to scale down his security as he has been vocal against the Citizenship (Amendment) Act.

Officials engaged in Gogoi’s security cover said they were informed about the scale down from Z+ to Z on Thursday evening.

As per instructions, Gogoi’s security cover was reduced on Friday, the officials said.

In fact, Gogoi is the second former chief minister of Assam whose Z+ security category was scaled down by the MHA in less than three weeks.

Mahanta had told the media that his security cover was downgraded because he had opposed CAA.

Earlier in 2017, MHA had downgraded Mahanta’s Z+ security. But, the MHA could not withdraw NSG cover as he had moved the Gauhati High Court against the decision.

This time Mahanta decided not to approach the court and said people of Assam would now guarantee his security.

Depending on the threat perception to the person, the MHA decides of the security category as Z+ (highest level), Z, Y and X.

Till recently, there were 17 VVIPs covered under Z+ category.