The case was filed Under Sections 323, 354 (a), 389 and 294 of IPC for voluntarily causing hurt, scaring and uttering any obscene song, ballad or words, in or near any public place. 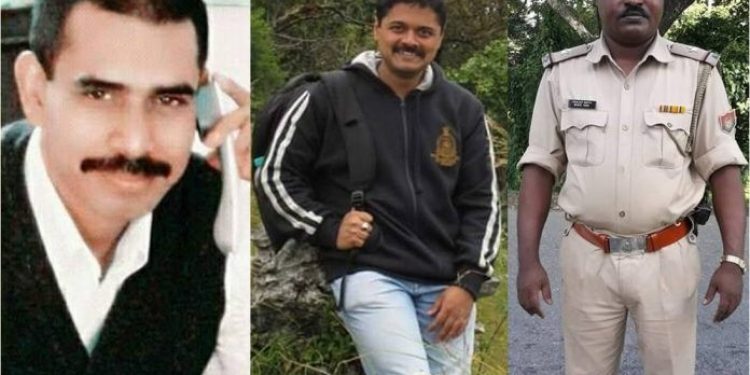 A businessman from Tangla filed a criminal case against three police officers at the court of Chief Judicial Magistrate in Udalguri on December 10 last. According to reports, Mithun Chakraborty, a Tangla town-based businessman in Udalguri district filed the case (No.173/18) alleging the Sub-Divisional Police Officer (SDPO),Bhergaon, Barun Purkaystha, officer in charge of Tangla police station, Durga Kingkhar Sarma and sub-inspector, Pratap Nath

The case was filed Under Sections 323, 354 (a), 389 and 294 of IPC for voluntarily causing hurt, scaring and uttering any obscene song, ballad or words, in or near any public place. He has also cited over 10 witnesses in his complaint.

The complainant alleged that on the night of October 15, during the Durga Puja festivity when he was returning home after refueling his two-wheeler from Assam Oil Corporation fuel station, the police SI, Nath seized his vehicle despite producing all the necessary documents near Tangla HS playground on Mangaldai-Bhutiachang road in Tangla town.

“They were conducting a routine check. I had produced all the documents. I did not have the driving license along with me and I collected it from home and produced it but the officer refused to release the vehicle citing pressure from top brass”, the businessman alleged.

However, the complainant was later asked to collect his vehicle from Tangla Police Station and subsequently SI, Nath lodged an FIR against the complainant alleging him of obstructing a police officer from discharging his duty and produced him in court which forwarded him to judicial custody for 14 days.

Talking to North East Now the complainant said, “I was falsely charged. I was mentally tortured and harassed. I am hopeful that justice would prevail and I would be proved innocent”.