The news has been confirmed by Chennai’s Kauvery Hospital in a statement issued on Sunday.

In the statement, Kauvery Hospital said: “He is asymptomatic & clinically stable. He underwent further tests and assessment at Kauvery Hospital, Alwarpet, Chennai today.”

Before his appointment as Tamil Nadu Governor, Purohit was serving as Assam Governor.

Purohit was appointed as Governor of Assam in August 2016 by replacing Padmanabha Acharya, who had the additional charge of the state.

He was appointed as the Governor of Tamil Nadu by President Ram Nath Kovind on September 30, 2017.

At least 87 persons residing in the Raj Bhavan, the official residence of Governor Purohit have tested positive for COVID19 for the past few days.

The news comes on the same day when Union Home Minister Amit Shah has tested positive for COVID19. 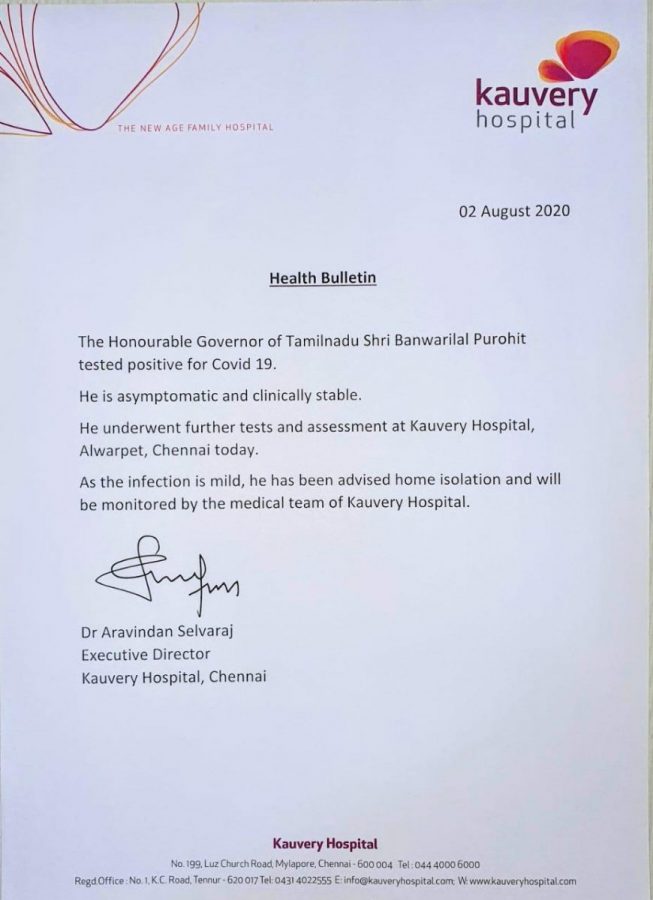