The upcoming stage prodigy from Guwahati, Kismat Bano, has gone beyond the call of duty and done what perhaps no artiste of her age has so far done in Assam.

She has got a mini theatre hall built atop their residential house at Dhirenpara in the city, most of the funds coming from her regular savings, and her army contractor father Liaquat Ali contributing the rest.

This mini theatre hall, with a capacity of 75, will enable her to train the neighbourhood children in the art of acting on one hand and arrange plays to be staged here, on the other hand, from time to time to promote theatre and theatre awareness in the city. 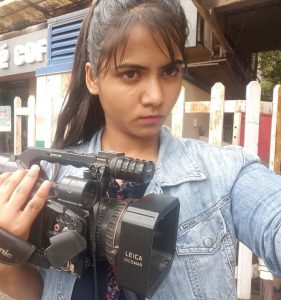 The mini theatre hall will be inaugurated on Tuesday during which two plays, ‘Bidhyabalan’ (Assamese) directed by Naren Patgiri and ‘Bade Bhaisahab’ (Hindi) directed by Dilip Khanal will be staged.

Bano received the ‘Young Talents Artistes Award’ for the year 2016-2017 from the Governor of Arunachal Pradesh in Itanagar last year.

The annual award was announced by the selection committee of the North East Zone Cultural Centre (NEZCC) under the Union Ministry of Culture.

Bano, who earlier received a scholarship from the Union Ministry of Culture has in recent years performed in major drama festivals across the country as well as abroad.

Two of her most recent plays staged in Guwahati and other cities of the country, ‘Helen’ and ‘Bano’, not only received appreciation from the theatre loving crowd everywhere but also critical approval from the press.

Bano, at a very young age, has already acted in over 25 plays in different languages- including Assamese and Hindi.

Kismat Bano established her own theatre troupe ‘Wings Theatre’ (cultural group) in Guwahati with a view to using theatre in education to children, working for spastic girls in association with Sishu Sarothi, India, conducting theatre performance-oriented workshops for orphan and indigenous girls in rural areas, and working with the blind children of Guwahati in promoting theatre among differently abled children.