Centre will not do anything that goes against the interests of Assam: Amit Shah 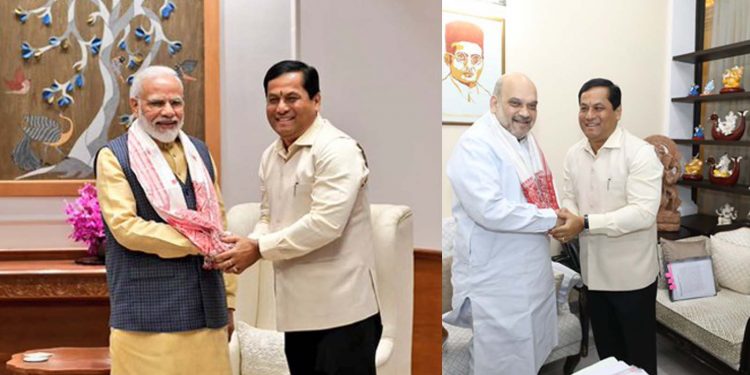 They also had discussions on the situation in Assam over the proposed privatization of Numaligarh Refinery Limited (NRL).

Prime Minister Modi gave patient hearing to Sonowal and said the Centre would keep the interests and aspirations of the people of Assam before taking any decision.

Later Shah assured Sonowal that the Centre would not do anything that goes against the interests of Assam.

Shah’s assurance came after Sonowal met the union home minister at the national capital on Thursday and talked at length on the Naga Accord to be signed soon and the Numaligarh Refinery Ltd (NRL).

The chief minister requested the union home minister to take into consideration the interests of the people of Assam while going for any accord.

ALso read: NRL sellout or sellout of martyrdom of 855 Assamese?

Sonowal also drew the home minister’s attention towards the popular public demand regarding the NRL and sought his cooperation for the Mini Ratna PSU to maintain its status quo as public sector undertaking.

The ongoing Naga talks which have reached its final leg has led to fear among the people of Manipur, Arunachal Pradesh and Assam about losing the territories of the states concerned as the NSCN (IM) has been demanding integration of all Naga-inhabited areas.

While there have been protests in Manipur over the talks, simmering tension has prevailed in Arunachal and some areas of Assam as well.