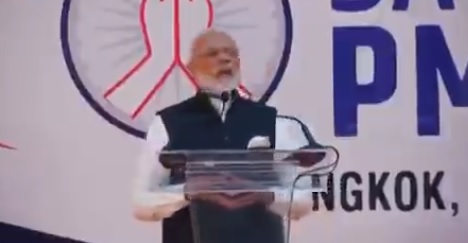 As per reports, government officials revealed that Modi, attending the RCEP summit in Bangkok, stood firm that India will not join the RCEP as it does not address ‘key concerns’ of the country.

Also read: Northeast will be gateway to Southeast Asia: Modi

“There will be no compromise on core interests. RCEP agreement does not reflect its original intent. The outcome was not fair or balanced,” the officials added.

The RCEP is a proposed free trade agreement among 16 countries.

Among these 16 countries, the ten ASEAN countries in RCEP include Indonesia, Thailand, Singapore, Malaysia, the Philippines, Vietnam, Myanmar, Brunei, Cambodia and Laos.

The other countries – Australia, China, South Korea, Japan and New Zealand – are those with which the ASEAN countries have free trade agreements (FTA).

During the RCEP summit, Modi said that the present form of the RCEP Agreement does not fully reflect the basic spirit and the agreed guiding principles of RCEP.

“Our farmers, traders, professionals and industries have stakes in such decisions,” Modi said.

“When I measure the RCEP Agreement with respect to the interests of all Indians, I do not get a positive answer. Therefore, neither the Talisman of Gandhiji nor my own conscience permits me to join RCEP,” he further said.

India’s main decision of not joining the RCEP is to stop unfair imports of foreign products, especially Chinese ones, in the domestic market.

Moreover, the decision to stay off RCEP also includes taking ‘Make In India’ campaign to greater heights and helping domestic products get a good market share.

He tweeted, “India First! In action and in words! Congratulations to PM Shri @narendramodiji for his bold decision to not join the Regional Comprehensive Economic Partnership. #RCEP.”

He tweeted, “Modi hai to mumkin hai! India’s decision to not sign RCEP is a result of PM @narendramodi’s strong leadership and once again he has proven that he is a tough negotiator. I thank and Congratulate PM Modi for keeping our nation first & showing more interest on @makeinindia”