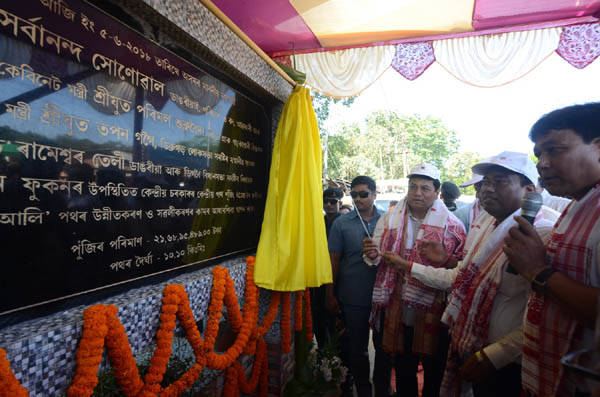 Speaking at a function organized at Tingrai on the occasion Chief Minister Sonowal said that State government is committed to developing a well connected network of roads to facilitate connectivity especially in the interior places of the state.

He also said that the present state government for the welfare of all sections of the society has adopted schemes in the areas of health, education, connectivity, women and youth empowerment, skill development to improve the lot of even the poorest of the poor in the society.

Sonowal also reiterated that under the present dispensation all sections of the people of the society are given equal right, equal dignity and equal status. He, therefore, urged upon the people of all sections to lend their hands for the development of the state.

He also advocated for constant interactions among all sections of the people to allay all misunderstandings and strengthen the feeling of universal brotherhood in the state. He also said that the government is committed to the welfare of all sections of the people and they should not have any misgivings regarding government’s intention and sincerity.

Sonowal  also said that considering the potential of the state and its strategic location, Assam can become the heart of Centre’s Act East Policy and the gateway to South East Asian nations.