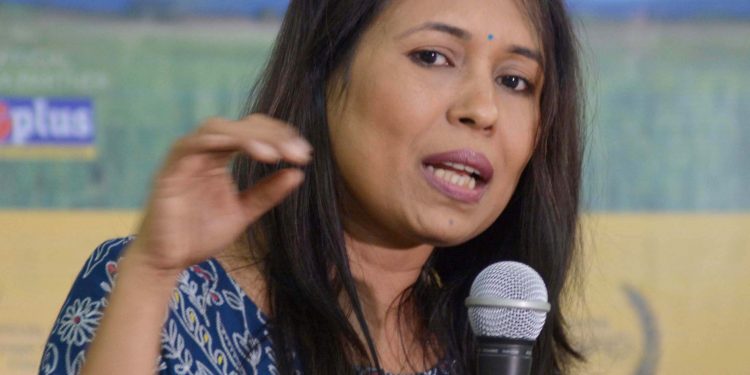 Critically acclaimed Assamese filmmaker Rima Das has sought support from the corporate and public sectors enterprises for the promotion of her award winning film Village Rockstars, which has been as selected as India’s official entry to the 91st Academy Awards.

Speaking to reporters in Guwahati on Thursday filmmaker Rima said the team needs “at least Rs 3 crore” to campaign for the Best Foreign Language film at the Oscars.

“I would be happy if corporate houses come forward. But it would be difficult for me to deal with them directly. I would accept it if provided through the state government,” she said.

She hopes other government agencies would support the movie, which won 2018’s National Film Award for Best Feature Film.

Das thanked Assam government for contributing Rs 50 lakh for the promotion, but said the amount was “not enough”.

Assam government on Tuesday decided to provide a financial aid of Rs 50 lakh to Rima Das for promotion of the film and also announced that 50% of entertainment tax would be waived off for the film. “I am overwhelmed by the response and for me, this is equivalent to receiving the Oscar,” she added.

“I am overwhelmed by the response and for me, this is equivalent to receiving the Oscar. I do not have any idea about promotions. State government as well as people from Bollywood and other section as well have come forward to help me in this regard,” she added.

Talking about the journey from Kalardia village in Chaygaon to Oscars, Das said, “I never imagined that this low budget film would compete for Oscars. Nomination for Oscars is itself an award for me.”

The film was released in the theaters in Guwahati on Thursday and it would be released across Assam on Friday.

“We are going to release the movie in Guwahati today. Gradually, we will release it across the country,” Rima said.